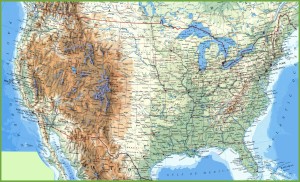 Robert F. White Class of 1952 Professor of Economics Kenneth Kuttner in @BrookingsInst looks at how well unconventional monetary policy has worked over the past decade. https://t.co/5olqFWUqS2

“I see my role as reminding the rest of us of the roots of our country.” Joe Standart ’73 WE ARE: America https://t.co/8gAFZU0mIh

In this op-ed for the New York Times, @alextapscott '08 of @blockchainRI argues that blockchain-enabled online voting could help eliminate problems with the current system. https://t.co/BuXyD4JAZC

When do you fill a #SupremeCourt vacancy? Does it even matter?

In 2016, our expert panel of professors and alumni discussed those questions in the wake of Antonin Scalia's death. Their insights then seem more relevant than ever now. https://t.co/Ku3XozqBA3 pic.twitter.com/h0PsEu0aCQ

Author and journalist Michael Lewis visited campus for an talk in Johnson Chapel on his most-recent book, “The Fifth Risk.” https://t.co/lc1a7z4XEq pic.twitter.com/9fKpKBCOVJ

Two Swarthmore alumni emerged victorious in state elections on Tuesday: Phil Weiser ’90 won the race for Colorado attorney general, while Josh Green ’92 rode a comfortable margin to the position of lieutenant governor of Hawaii. Congrats to both!

In @cogwbur commentary, @Wellesley Prof. Ismar Volic argues "Immigrants Are Ambassadors For American Values — That Can Be Good For The World" https://t.co/m8SQXwzrmg

Stacie E. Goddard (@segoddard), @Wellesley professor of political science, sees opportunities for China to challenge the international order even as it remains a member of global institutions like the U.N. Security Council. https://t.co/UfTHnr3w7F pic.twitter.com/Sq9Zghbubu

What comes next in the US & China's dangerous game of chicken? @segoddard looks at how the tensions might play out @washingtonpost @monkeycageblog https://t.co/wY4HU5kpVN

"While North Korea has reaped a bumper crop of political gains since last fall, the United States has come up empty."-@Wellesley Prof. @KathyHSMoon in @Reuters piece https://t.co/xXoskB6xyK

.@Wellesley's @ProfCWhit has written a timely piece on how bad actors "stirring the pot" set up the conditions that lead to acts of terror. #Terrorism #Kashoggi #mailbombscampaign https://t.co/az2QJiNJcZ pic.twitter.com/Ccb7lLPspj

In 1982, George Herbert Walker Bush became the first (and last) sitting US vice president to receive an honorary degree at a Bowdoin commencement. Learn more about his visit and hear an interview with George J. Mitchell '54 about him. https://t.co/7CrUwx3orY pic.twitter.com/kLsdiGPW9h

Read how forest ranger Laura Falk McCarthy '83 is heading up the race against time to protect New Mexico's waters from deadly wildfires. https://t.co/gYH1La0kVz

Bowdoin President Clayton Rose has added his name to a list of higher education leaders who support putting a price on carbon to curb fossil fuel use and mitigate the worst effects of climate change. https://t.co/zXPasTUyDg

“[about the refugee caravan] I’ve seen something like this before, in the 1980s,” he recalls. “There were tens of thousands of Mayan Indians fleeing civil war in Guatemala, heading across the border into Mexico, desperately trying to get to the US." https://t.co/ayltAeRLo5

What do cult 1970s classic "The Wickerman" and post-9/11 Islamic extremism have in common? Columnist Emma Newbury '19 has some ideas. https://t.co/GFfDzxJeXb pic.twitter.com/zgL0xnn33c

Many out-of-state students say their vote is more impactful in Maine. And more in our 2018 Election Survey: https://t.co/ylgGF0cuqf pic.twitter.com/R89j148bxa

Bowdoin grad @HayesforMaine is aiming to break the cycle of partisanship in Maine state government.https://t.co/EnRsgAExdL pic.twitter.com/HLcKrOWhX7

If you want to know why learning at Carleton is great, just ask An Kitamura ’21! Check out her piece in @The_Japan_News: https://t.co/B8M0zptShI

@Middlebury Prof James Davis reminds us why civility is essential to our democracy in @NYDailyNews https://t.co/D0hYS1KWos #civility #democracy

Is China… a democracy? Here's an answer that takes you from Flushing, New York, to Hong Kong. With commentary from Jessica C. Teets of @middlebury, @mcgregorrichard, @HongKongKellee and @stasavage. https://t.co/NXPE3AIOz8

"The biggest problem is political will." @mhanham of #miis and @CNS_Updates tells @nprAudie in conversation about what the denuclearization of #DPRK would look like @npratc https://t.co/4IJtARjzxX

Prof. Char Miller @charmillerfour speaks to the @latimes about the pattern between urban development and wildfire. https://t.co/jZu1oHxzLW

Prof. Valorie Thomas talks to NPR about how she talks about race in her class and phrases like "white tears." https://t.co/78MBuNtv3c

For Teen Vogue, Rory Taylor '18 did a Q&A with Lt. Gov.-Elect of Minnesota Peggy Flanagan who is the highest-ranking Native woman elected to executive office in the U.S. Taylor is Pawnee-Choctaw hailing from Minneapolis. Chirp chirp! https://t.co/Le3Oq85WI3

In @EARTH3R, Michael Waters '20 writes about how Gulf Correctional Institution in Florida did not evacuate prisoners until after Hurricane Michael tore through the prison. https://t.co/992ejgM7rj

Prof. Gary Smith writes op-ed on how an outlawed form of institutionalized discrimination is being quietly upgraded for the 21st century. https://t.co/12D4gu4D2u

In this new op-ed for @MarketWatch, Prof. Gary Smith writes that speculative investments that do not generate cash are prone to bubbles and crashes. https://t.co/6rQWquaW62

Prof. Char Millers @charmillerfour tells The @TheEconomist that local government has they key to mitigate property and human loss from wildfire. https://t.co/MsxfBoiQZY

Prof. Char Miller @charmillerfour in the @latimes asks: “Why is it that at the county, city, town level, we have repeatedly green-lit development in areas that we know are fire zones?" https://t.co/RKSgtYfLI9

President G. Gabrielle Starr's message to all college students: Vote. "Your silence or speech is not going to be punished — but your silence can punish someone else." #VoteTuesday #ElectionDay https://t.co/wkJSKXYi38

In a new op-ed for @thehill, Prof. Mietek Boduszynski @MietekB writes that the Saudi Arabia affair presents a moment of truth for Congress. https://t.co/yfK9Nmsley

In new op-ed for @FastCompany, Prof. Gary Smith writes about artificial intelligence and Big Data, and cautions that the real danger is thinking computers are smarter than us. https://t.co/Ri2ZDvxrPi

“Understanding this moment as part of a long-term project is really important,” said Prof. Amanda Hollis-Brusky to the Washington Post in regards to the Kavanaugh appointment to the Supreme Court. https://t.co/gochqGi0U3

Prof. Gary Smith was on NBC's Bay Area show "Press:Here" where he talked about data mining and why people if you "torture data long enough, it will confess." https://t.co/lGBt1NMwZZ

Prof. Amanda Hollis-Brusky @HollisBrusky pens op-ed in the LA Tmes: "Conservatives played the long game. Will they benefit in the long run?"
https://t.co/MhKGp4iQIV

A great article by @jemersmith on why many of us argue that climate change and housing sprawl are the key factors in CA's wildfires https://t.co/2hQthTIUtp @pomonacollege @pitzercollege