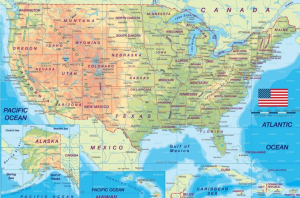 All the below tweets are in English.
全米 College 後半、そして、大学ツイート特集の最終回です。

Professor Branwen Williams' trip to the Arctic Circle is featured in the National Geographic video series “Explorer Academy: The Truth Behind.” Learn more about her research and check out the Nat Geo video here!https://t.co/Uxf10LA4lN

George Will: CMC is the "gold standard" for teaching the American founding https://t.co/c6ISVcaM0w

Learn more about Prof Hilary Appel’s latest book, From Triumph to Crisis: Neoliberal Economic Reform in Post-Communist Countries, what sparked her interest in international politics, and what her favorite teaching tool is.https://t.co/rIvYAUMWEa

Claremont McKenna College Professor Jack Pitney: "If House Democrats get to choose the next speaker, they should ask themselves whether they are writing a script that will help their adversary Donald Trump to a second term in 2020."https://t.co/dfGEtU9QUU

Campbell Streator ’18 in @TheHill: “Protests matter, but only turnout can save American democracy.” https://t.co/jFpymLgVP3

Prof. George Thomas in the Washington Post: "As the FBI conducts its investigations into the sexual assault allegations against Supreme Court nominee Brett M. Kavanaugh, just about everyone has been distracted from questions about his legal philosophy."https://t.co/2QH5686jX8

In a dollar-for-dollar #TradeWar with the US, China will quickly run out of ammunition | @CMCnews Minxin Pei https://t.co/8snkmki1UT

China's leaders are engaging in imperial overreach and an ill-advised arms race with the US | Minxin Pei @CMCnews https://t.co/roI4b2Btv1

The Opium War was the central event that launched China's modernization drive, says Minxin Pei of @CMCnews | This #PSOnPoint column is part of our premium series. Read 2 for free or subscribe for full access https://t.co/1cWOrKdyg3 pic.twitter.com/P7kio9VZDl

Though its economic impact has yet to be felt in China, the trade war that @realDonaldTrump has initiated is likely to be the toughest challenge #XiJinping has faced so far, says @CMCnews' Minxin Pei https://t.co/oMNzIYyxrE

As the US & China engage in “transactional conflict," tensions will continue to mount, warns Minxin Pei @CMCnews https://t.co/PE4Utl9BID

Trying to escape high taxes and unfunded pensions up north? May not be as easy as you think, via ⁦@WSJ #RobArnott @RA_Insights and Professor #LisaMeulbroek @CMCnews #tax #realestate https://t.co/OoHcWXsSef

Great #weekendreading by one of my @CMCnews professors on the political and policy shortcomings of 'modern liberalism' and the Democratic Party's agendahttps://t.co/qcJJqyXj2i

After a year-long search, @Amazon announced it will build headquarters in NYC and outside DC. Econ Prof. Fred Smith on what that means for the HQ2 winners and the 236 other cities that submitted bids: https://t.co/QNp4TpPo8p

Will the 2018 midterms bring a blue wave to DC? “I’m not so sure,” says @profsuroberts, poli sci professor @DavidsonCollege. https://t.co/5kczLEO0cu pic.twitter.com/uZlMVSk01M

The migrant caravan has re-energized the debate about immigration. Read this Q&A with Central America expert Prof. Russ Crandall to understand how the caravan started and how it might affect the US: https://t.co/aOafguzdsl

Excited to welcome award-winning journalist @pulitzercenter @zachfannin to Davidson for an inside look at Putin’s Russia 10/16: https://t.co/wJWEKG18Hx

The NC mountains got a pass from Florence but the next storm – or the storm after that – could bring landslides, says ENV prof Brad Johnson in the @WashingtonPost: https://t.co/hvxQC1CrCb

Prof. Brad Johnson: “Despite the incredible scale of Florence – it’s predicted to be twice the size of anything I’ve seen — (the town of) Davidson should not be subject to much flooding,” “We are fortunate to be in the headwaters of the river system." 1/2 #TropicalStormFlorence pic.twitter.com/XPHTt3TrVR

We know that Davidson families remain concerned about the approach of #HurricaneFlorence and want to let you know that Davidson College staff continue to diligently prepare and plan for the storm. Please read and share our 9/13/18 #NCwx update: https://t.co/DNE02FGr7w

What’s in store for Brett Kavanaugh today? “It seems likely that Judge Kavanaugh’s views on the contours of executive power will be a topic of much discussion,” says Poli Sci prof Andrew O’Geen in Q&A here: https://t.co/F5VqtoozMm#SCOTUS

Senior @AJNaddaff spent the summer in Kosovo with the @PulitzerCenter. His reporting led to this @WashingtonPost story about the challenges of deradicalizing former ISIS recruits in the tiny nation. https://t.co/CYGwo7tmLA

Batten Lecture – the rise of populism and what that means for YOU – Wed 10/3 7:30 Lilly Gallery Chambers Bldg @DavidsonCollege@TLochocki on "Europe's Bleeding Heart: How the Rise of Populism Changes Germany and What that Means for Europe and the US."https://t.co/yAvPRVzKro

The new Grinnell College National Poll @grinnellpoll shows 32% of Americans say they definitely plan to vote for Trump in 2020, while 41% say they will definitely be choosing someone else: https://t.co/aKwoMAic6j

Students study Chinese and Russian culture through food, in Iowa and abroad: https://t.co/UYRqkYmFkw

Professor Ross Haenfler writes about the "reminders of men's power" during the Kavanaugh hearings for Salon: https://t.co/FMPJhSjhJQ

New #GrinnellPoll: More than half of U.S. respondents describe themselves as “afraid for the future”https://t.co/Tt4pAdNwVV

A #BlueWave on the way? #GrinnellPoll shows Democrats activated ahead of the midterms to get out their vote. https://t.co/Odu2i7zszn

The first of the Grinnell College National Poll results are already contributing to national discourse: https://t.co/DY2kIl2ww2

The trait most important to being a "real American" is to believe in treating people equally, according to a Grinnell College poll https://t.co/MG8v9acFFt

The midterm elections are next week (& we finally have a polling place on campus)! What have Haverford's student clubs done to help educate the campus electorate and get out the vote? https://t.co/4VuSUM8ZZI

The Shotokan Karate Club was founded last fall by Kaden St. Onge ’20, a black belt since age 14, to be a place where students could learn fundamental martial arts skills. You can also get PE credit for joining! https://t.co/GukMFb1Hwg

Great news that Lower Merion Township is joining Haverford College and converting to 100% renewable electricity for its municipal needs. The College and the Township will continue to work together to advance shared environmental goals! https://t.co/csO4BOInGs

As detailed in the last issue of Haverford mag, several alums have recently stepped up as first-time political candidates as an effort to live their values. “If you feel something, don’t just throw your shoe at the TV,” says one. “Do something.” https://t.co/3xGK3g3Tp7

“Haverford was small and not pretentious. It was just this really warm place that felt perfect for me,” said George P. Smith '63, one of the winners of the 2018 Nobel Prize in Chemistry. https://t.co/Tfr77LI72X

More details on George P. Smith '63 and his win yesterday of the Nobel Prize in Chemistry from @KCStar: https://t.co/HSl7RaMGAb

Sending big congratulations to George P. Smith '63, winner (with two others) of the 2018 Nobel Prize in Chemistry for his work developing a method, known as phage display, in which a virus that infects bacteria can be used to evolve new proteins. https://t.co/unOxocLQk1

After a long campaign, @haverfordedu will get a polling place on its campus in time for the November election. Unanimous approval by Delaware County board of elections. https://t.co/b0bp5oWbpj

"This is all the more reason for voters demand that elected officials take ambitious steps, including putting a price on carbon, to reduce emissions as soon as possible." – Prof. Alex Barron https://t.co/EJ82MkR67e

A record number of women, including Massachusetts' own @AyannaPressley, are heading to Congress. Let's celebrate that – and then remember that records are made to be broken. https://t.co/3pjqgIAHLA

Associate Professor of Political Science Bruce Rutherford explores the question, "Will Egypt have another uprising?"https://t.co/UsnzNO4vBJ

As we look back, we pause to think of those lost on this day, 17 years ago. https://t.co/8ZLxpWoQpy

Prof. Phil Klinkner writes in @washingtonpost about how this year's #midterm elections might prove historic and how there is record number of #women nominated to run for #Congress. https://t.co/aEvFPsqNgF#MidtermElections #Midterms2018 @pklinkne pic.twitter.com/yHJzoLYzpi

A $7.37 million federal grant is set to change downtown traffic from one-way to two-way, improve intersections, update sidewalks, install plantings and benches, and complete the RiverWalk. There is such amazing momentum in Waterville. https://t.co/pglCLaxUoL