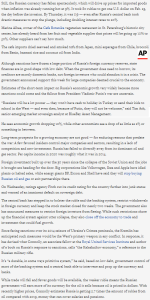 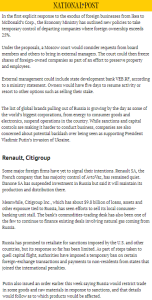 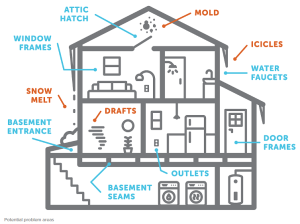 Russia and Ukraine are the breadbaskets to the world.

Other countries with the most wheat imports were: Brazil, the Philippines, Bangladesh, Algeria, Japan, Morocco & Mexico. pic.twitter.com/5FsA9jomVL

Japan's farm ministry said Wednesday it will raise the average price at which it sells imported wheat to the country's milling companies by 17.3 % from April, nearing a 14-year high, as Russia's invasion of Ukraine stokes fears of global supply disruptions.https://t.co/lHyIyFJmJ7

Here's a comparison of the top 10 destinations for USA and #Russia #wheat exports in 2017/18. Egypt is No. 1 for RU by far and Mexico/Japan are key for US. Nigeria and Indonesia doing some double dipping. Note: Jun-May for US, Jul-Jun for RU. pic.twitter.com/mTYSlKsw1m

Russia's #Ukraine invasion expected to have 'huge impact' #JerseyShore's economy: From spiking oil and wheat prices to a potential shortage of neon gas needed for already-scarce semiconductors, the war in #Ukraine is taking a toll … https://t.co/8DjpnJxWL9

Russia and Ukraine have a share of about 35% of the global wheat market. Ukraine is responsible for 15% of global corn exports.

Most these exports go through Odessa and other ports on the Black Sea, now closed to commercial shipping. Big implications for global food prices. pic.twitter.com/Ou2DfzsbRP

“In 2019, Russia and Ukraine together exported more than a quarter (25.4 percent) of the world’s wheat, according to the Observatory of Economic Complexity (OEC).”https://t.co/VseOMWoXAP

EXCLUSIVE: India is rolling out ambitious measures over the coming weeks to try to establish the country as a dominant exporter of high-quality wheat as importers scramble for supplies following Russia's invasion of Ukraine https://t.co/cOpTUxuuRs by @MayankBhardwaj9 pic.twitter.com/6LkOeXlKf8

India is rolling out measures to help the country become a major exporter of high-quality wheat as importers scramble for supplies after Russia's invasion of Ukraine, two government sources said https://t.co/Ae51SUP7uD pic.twitter.com/RMMu9oa5Ti

India is in final talks to start wheat exports to #Egypt – one of the largest importers of wheat from Ukraine as well as #Russia, the Ministry of Commerce and Industry said on Saturday. https://t.co/4AfEnkucEl

Russia earns more than $1 billion a day exporting its oil and gas. It’s also a giant wheat exporter and a key low-cost shipper of every kind of crop fertilizer https://t.co/wV1sju9OrC pic.twitter.com/GJnizpHqyG

Both Russia and Ukraine are crucial to global wheat flows, and African and Asian importers are among the biggest buyers.

The turmoil in the global wheat market abates somewhat, with traders seeking more clarity on supplies from the crucial Black Sea region as Russia’s war in Ukraine rages on https://t.co/LrlD3GcCm7

Russia's war in Ukraine has sent prices for cereals like wheat soaring and European governments scrambling to stabilize markets — and that's just the start of concerns.

Here are the top five impacts the crisis is having on the world food system 👇 https://t.co/3d1vqrE3fK

Some countries could face humanitarian disasters if Russia and Ukraine stop wheat exports, according to an OECD report on the economic impact of the war https://t.co/2FOf9avpor

Russia’s invasion of Ukraine is leading to one of the worst disruptions to wheat supply since the first world war. @HenryTricks, our Schumpeter columnist, investigates what this means for global food security, on our “Money Talks” podcast https://t.co/4Tu9bobKik

Russia and Ukraine together account for 29% of international annual wheat sales https://t.co/rNFixQpna2

Russia's invasion of Ukraine could mean less bread on the table in Palestine, Lebanon, Yemen and elsewhere in the Arab world. https://t.co/GpB46sTI9l

Wheat, fertilizer, oil and gas: The world can find what it used to get from Russia – in Canada https://t.co/0Sq9xBO0rx

Russia’s war in Ukraine has sent wheat prices soaring, raising the risk of severe food shortages and hunger in some regions of the globe. https://t.co/EzcQG4EmyF

Ukraine's agriculture industry puts millions of tons of corn and wheat into the global market every year, but there could be dangerous worldwide shortages if hostilities continue with Russia into the growing season, Rep. Austin Scott warned on Friday.https://t.co/3qrAAAH7L2

Russia and Ukraine export 1/4 of all traded wheat, more than 3/4 of traded sunflower oil, and 1/6 of traded maize.@timgbenton, @LauraWellesley and Antony Froggatt explore how the conflict might seriously undermine global food and energy security.https://t.co/MWi8TpcBjc

Instant noodle connoisseurs may soon have to fork out more money for their favourite two-minute meals.

Russia and Ukraine produce roughly one third of the world's wheat and Indonesia, a major instant noodle producer, imported one quarter of their wheat from Ukraine last year. pic.twitter.com/q6D0ZS4mtT

Russia and Ukraine account for 30% of the world’s wheat exports, 17% of corn, 32% of barley & 75% of sunflower seed oil. Russia also exports about 15% of the world's fertilizer.

Now all of that food and fertilizer are stuck.

My story on a looming crisis:https://t.co/mIuWPkqDD9

What policymakers must do to mitigate a global humanitarian crisis if Putin’s war cuts off wheat exports from Ukraine and Russia. https://t.co/ZJVLhnQK7L

Has Russia introduced a #wheat export ban? No. But this story is not over. Andrey explains why.#oatt pic.twitter.com/WvkAfovsAD

#Putin’s attack on wheat-rich #Ukraine will increase starvation in #Africa, where his Wagner Group hit squad is stirring up trouble. His cruel game plan to sow chaos worldwide knows no limits. He’s out to create the junkyard planet he thinks he can rule. https://t.co/lWMeofSD3B

Governments around the globe are struggling to deal with surging agriculture prices caused by Russia’s invasion of Ukraine, as the cost of core ingredients such as wheat, barley, corn and sunflower oil skyrocket. https://t.co/LzxqBjq8sg

#Ukraine & Russia account for nearly 30% of the world’s wheat, 17% of corn and over half of sunflower seed oil exports. These have been drastically reduced by war. Worse, @FAO estimates that 20-30% of this year’s crop won’t be planted because of war. A global food crisis looms.

Russia produces 26.4% of the worlds wheat. If your mad about gas prices now your going to be furious in a few months when bread becomes $11 a loaf.

Some 11 million tonnes of wheat will be lost from the global market in the 2021/22 season because of the conflict between Russia and Ukraine, Strategie Grains said on Thursday as the consultancy raised its estimate for European Union exports. https://t.co/2BJarX6Wcc

It's mostly Ukraine (one of the world's biggest wheat suppliers) but also Russia that are affected. Putin's war will cost lives way beyond the Ukraine itself. Shortages of grain usually hit the poorest first, these famines will cost many lives.https://t.co/fPI8EW9Td7

Millions of people may not be getting enough food due to the Russian invasion of Ukraine. Russia is the world’s top exporter of wheat and a leading producer of fertilizers. This is a looming catastrophe. Please scrap plans for producing biofuels! https://t.co/88qKQQgVEa

Russia and Ukraine are two of the world's largest exporters of wheat and fertilizer. The war in Ukraine is driving high prices and food insecurity around the world, says author and academic Raj Patel (@_rajpatel), who serves on @IPESfood. pic.twitter.com/fA5Pj9ISjy

The war between Russia and Ukraine has opened a opportunity for India's wheat to be exported since Russia & Ukraine exported around 25% of the total global export of the commodity. Dr. Ashok Gulati & Dr. Ramesh Chand join in to discuss this@agulati115
https://t.co/dEu3vmbx84

For wheat, there is less potential for displacement from biofuels. Especially if the world was to limit exports from Russia, which are large.

Important for food security to not limit Russian food exports if we cannot manage supply from elsewhere.

"Russia and Ukraine are two of the most important producers and exporters of agricultural commodities in the world– especially of cereal crops, including barley, wheat and maize. Overall", the two countries export 12% of the food calories traded worldwide. https://t.co/Hg6lVpGvhv

india plans to export 10 million metric tons of wheat this year to make up for the shortfall caused by the war between russia & ukraine
#hardnumbers @gzeromediahttps://t.co/9fiA131Rv9

Reuters:
Ban on most sugar exports,
Ban on grain exports to ex-Soviet countries,
But (will) keep on providing special export licences to traders within its current quota (6-6.5 million tonnes of wheat to export until June 30)https://t.co/0wippxTbW2

#Egypt has bought about 126,000 tons of wheat from #Russia and #Ukraine amid the ongoing conflict between the two countries.https://t.co/Vqbb0lNZ6r pic.twitter.com/cwSPebxWiE

The Russia-Ukraine war has pushed the global cost of importing wheat sky high, sending a shock through the market of Egypt—the world’s largest wheat importer. We’ve broken down the govt's latest decisions on bread production and the obstacles they face. https://t.co/Jm7gz8T4xO

Six in 10 Syrians don’t know where their next meal is coming from. Syria relies on Russia for wheat, and Moscow's attack on Ukraine has caused the Assad regime to ration food reserves amid fears of shortages and price surges, indicating darker days ahead for war-weary Syrians pic.twitter.com/wePJ6AkYZH

A new Arab Spring, thanks to the Ukraine war?
The price of bread is rising rapidly in the Middle East, thanks to concerns about #wheat supply from Ukraine 🇺🇦 and Russia 🇷🇺. via @michaeltanchum @CathrinSchaer #commodities #geopolitics #trends #foresight https://t.co/4sekrj7glQ

"#Russia and #Ukraine produce about a quarter of the world’s wheat. The #MENA region is particularly dependent on wheat imports from Black Sea ports, which have halted shipping since Russia’s invasion of Ukraine."@APNorg @AUB_FSP @MiddleEastEye https://t.co/YoMoHarafN

With Yemen importing more than 30% of its wheat from Russia and Ukraine, attention is now turning to the possible impact a disruption to wheat supplies will have on the country's already desperate situationhttps://t.co/YTsRjrZUlI

Over half of the imported wheat by the Arab world comes from #Ukraine and #Russia https://t.co/4m2tBVoDoN

Trade in many commodities — including other metals, agricultural products like wheat, and energy — has been turbulent since the pandemic scrambled supply chains.

But the invasion of Ukraine and subsequent sanctions on Russia, a top exporter of oil, gas,…https://t.co/7GkRWPz9Kv

A $1 billion plan to boost wheat production in #Africa should be accelerated to avert potential food shortages arising from #Russia’s invasion of #Ukraine, said African Development Bank President @akin_adesina in an interview with @BloombergQuint. [1/3]https://t.co/SgX9ClER24 pic.twitter.com/myvKGd9mqT

African Dependence on Wheat from Russia and Ukraine pic.twitter.com/5rhLlHvBj3

Russia and Ukraine supply 90% of the region's wheat import.
Source:WFP

#DYK: In 2020, #Africa imported close to $13 billion worth of #wheat, more than a quarter of all global wheat imports.#Russia & #Ukraine were the continent's 1st and 3rd suppliers that year, representing 39% of its supply. #FoodSecurity #Grain #SupplyChainCrisis #ImpactInvesting pic.twitter.com/E6a5F0I2Qk

The Ukrainian crisis has hit Lebanon: the country has faced a real food crisis due to the cessation of wheat deliveries from Russia and Ukraine, flour is not in stores. pic.twitter.com/2jXjtWffo8

"The study shows at least 25 African countries import a third of their wheat from Russia and Ukraine, and 15 of them import more than half from those two countries."https://t.co/jJVU1Z1sQ9

This isn't getting nearly enough focus:

The war in Ukraine is triggering a global food crisis.
It means higher prices in wealthy countries — and riots and famine in many developing countries.

Sudan depended on Russia & Ukraine for 35% of its wheat imports in 2021. Now, Sudan will be forced to find alternatives. The UN World Food Program forecasts 20m people in Sudan, almost 1/2 the population, will be suffer from acute food insecurity in 2022.https://t.co/Ph5fhkOfas

Russia-Ukraine crisis poses a serious threat to Egypt – the world’s largest wheat importer https://t.co/ESVIf7eKxp via @TC_Africa (Perhaps we could sell more wheat to them, we export a lot of wheat.)

161,000 people in Yemen will face famine this year, a 5x rise from last year. The UN calls it a "countdown to catastrophe."

The World Bank on Wednesday said a number of developing countries face near-term wheat supply shortages due to their high dependence on Ukrainian wheat exports that have been disrupted by Russia's invasion.https://t.co/hGkLgw0cnm

Ukraine & Russia produced 90%+ of #Somalia’s wheat imports last year. With wheat prices soaring and drought worsening, the number of people that can be fed will explode, unless there is aid.

We must not forget the impacts of the #RussiaUkrainewar on other vulnerable nations. pic.twitter.com/QZExrJ0lRZ

After stopping the export of wheat it is seizing and even sinking vessels carrying wheat in the Black Sea https://t.co/buSyvqeBI7