Almost all the below tweets/links are in English. 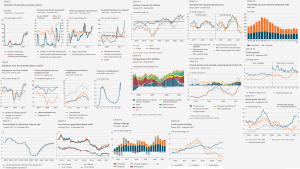 Iceland to end whaling in 2024 as demand dwindles
If only others including #Japan would do the samehttps://t.co/9Y2PI9f1Lo

Japan and China do the same. https://t.co/z4hde6o7SC

Good news! Over to you Japan https://t.co/GsJnhbV9KM

I hope Iceland and Japan will stop whale hunting. It has to end now. https://t.co/1EssBXKs7h

Iceland, only country that still hunts whales commercially together with Norway and Japan, plans to end whaling from 2024 as demand for whale meat goes down, fisheries minister sayshttps://t.co/CHGQ8ftryD

#Iceland, one of the only countries that still hunts whales commercially together with Norway and Japan, plans to end whaling from 2024 as demand dwindles, the fisheries minister said. https://t.co/XavHLOV6dl

Future generations will look back in utter disbelief that developed nations like Iceland, Norway and Japan continued killing whales well into the 21st Century. https://t.co/DeGG4aebKd

Iceland to end whaling in 2024 as demand dwindleshttps://t.co/UdxU80rN1r
Japan’s return to commercial whaling in 2019 has left few buyers for Iceland’s meat@HarveyCroze @svasva pic.twitter.com/y0XxhY7mTV

This is a hugely welcome statement from Iceland’s Fisheries Minister, Svandís Svavarsdóttir:

"There is little to justify allowing whaling after 2024"

This day will go down in history. #Iceland has announced that it will stop whaling from 2024
as demand decreases, the government announced. #Norway, #Denmark #Japan still whales killers #stopwhaling https://t.co/i7YE5s4mb8 pic.twitter.com/OKWfXLokaP

At last, Iceland will stop the pointless slaughter of whales from 2024.

They earn £20million a year from whale watching yet have continued to kill endangered species, essential for ocean health, simply to sell at a loss to Japan. pic.twitter.com/OBNpykWBcO

Overdue, but good news that Iceland will stop whaling by 2024 … that just leaves Norway and Japan.

30 companies in the UK, some in Iceland, Microsoft in Japan, and Unilever in New Zealand are trialing the four-day work week. So far, the results are good.
Productivity up, healthier & happier employees, more domestic tourism.https://t.co/WipdILeSTx

Tomorrow Oct 9 we relight @IPTower to celebrate @JohnLennon's birthday at 8pm Reykjavik, 9pm UK, 4pm NY, 1pm LA, 5am Tokyo.
Join us for the live stream at https://t.co/6WZvRFjbuv as we watch it light up together and listen to Imagine.
More info https://t.co/TFSeKkUhck#IMAGINE50

Dear Friends
On 9 Oct, IMAGINE PEACE TOWER will be relit in Reykjavík, Iceland, in memory of my late husband @JohnLennon on the occasion of his 79th birthday.
Lighting times: 8pm IS, 9pm UK, 4pm NY, 1pm LA, 5am Japan
Join us and make a wish at https://t.co/GoHJWBvnIg
love, yoko pic.twitter.com/4P9pGMrZY6

IMAGINE PEACE TOWER will be lit tonight and stay alight until dawn for @JohnLennon's 80th birthday.

Join us by sending your wishes and watching the live stream at https://t.co/7GyGYAfjOU

Amb Stefán, Icelandic Ambassador to Japan, who is on leave, at my Residence here in Reykjavík. Actually, He was my first guest at my house since I assumed office.
A truly memorable occasion. Delighted to have him come over a lunch. https://t.co/QkejBNuoYF

Embassy of the Republic of Poland in Reykjavik, Embassy of Japan in Iceland and @bioparadis are organizing a public viewing for 2018 FIFA World Cup™.

We are inviting you to enjoy the match between Poland and Japan on big screens. https://t.co/tOA0dUCgy4 pic.twitter.com/AJJTjZAo71

The brilliant FM of Japan, Minister Taro Kono, is visiting Iceland and will open the Arctic Circle in Reykjavík tomorrow as well as meet with the FM of Iceland, Gudlaugur Thor Thordarsson. May it be his first visit of many! pic.twitter.com/PmW5QLV74A

A new Mission of the Faroes will open in Tel Aviv this year.

The #FaroeIslands have Missions in Brussels, Reykjavík, London, Beijing & Moscow, and a Representation in Copenhagen.

The next #Faroese Missions will probably be in USA, Japan and Greenland.#Farpol #Nrpol #EUpol pic.twitter.com/ep3Td7zFa2

#FlashbackFridayz #LakeShow
Here is my selection

Me and my friend from #Japan in a big #Cave near #Reykjavik in #Iceland, great lighting in it. #travel #geology #volcano #lava @TripAdvisor pic.twitter.com/iK6erFppRC

TBT to this wonderful but freezing walking tour of Reykjavik, Iceland I took exactly one year ago! ❄️ This was a big bucket list check in 2018 and this year I'm so excited to share I'm heading to JAPAN for the first time!!! Send me your reccs!! #TBT #Travel pic.twitter.com/0jp0LFLDmZ

The Reykjavík Index for Leadership 2019-20 has found Japan, Germany, and Italy have seen improvements in how equal they perceive women and men to be leaders, while the USA & UK show regressive attitudes. @WPLeadersOrg @Kantar @KantarPublic @Michel1eH #Reykjavik19 #PowerTogether pic.twitter.com/eaWZ3M7eD0

A new budget airline will connect the U.S. to Japan and Korea with a stop in Alaska—and it's hoping to make Anchorage the next Reykjavik: https://t.co/cUcxn4Fmov pic.twitter.com/gZgD5mcpZS

What happens when the queen of #Reykjavik's #goth scene gets an email from Robert Smith of The Cure? #Iceland's own Sólveig Matthildur talks Leipzig, Japan, and being in the eye of the storm. https://t.co/BQU44tTG4s pic.twitter.com/S8u6VSe2aD

Japan Airlines Flight 1628 Boeing 747 a cargo flight between Paris and Tokyo with two stopovers in Reykjavik and Anchorage on Nov 17, 1986 with 3 crew members on board.
During the 2nd leg of the journey, all crew members witnessed unidentified objects. pic.twitter.com/N2Lx0dC2YV

What slight edge do his rivals have? Can @crazyraccoon406 make it to Masters Reykjavík and test their strength against Korea?

Great to see longtime friend Ken Adelman, a senior official in the Reagan Administration, author of the terrific book “Reagan at Reykjavik,” here as a Republican Voter Against Trump.
@RVAT2020 pic.twitter.com/oZo1FMNN2q

Secretary of State, Treasury and Labor George Shultz (here with Reagan and Gorbachev at Reykjavik, 1986) is one hundred years old today: pic.twitter.com/mXpHbPbYiw

35 years ago, President Reagan and General Secretary Gorbachev met in Reykjavík, Iceland. While the sides left the Summit with serious disagreements, the meeting paved the way for the INF Treaty. Proof that new ground may be broken in arms control with leadership and persistence. pic.twitter.com/L0dyIndXvC

On this day in 1986, the Cold War seems to thaw as U.S. president Ronald Reagan and Soviet premier Mikhail Gorbachev meet in Reykjavík, Iceland to talk nuclear disarmament. Although negotiations break down, the summit lays the groundwork for future arms control agreements. pic.twitter.com/uyzEYR7rcx

At this house in Reykjavik, Reagan & Gorbachev met in 1986. Today, we need a new vision, similar to that of Reykjavik Summit, to make our world more secure place thru diplomacy & negotiation. My keynote speech to @NATO Conf in Reykjavik. https://t.co/8oKRE95LGk @UN_Disarmament pic.twitter.com/PwGBSGkVuc

#OTD, 1986, the Reykjavik Summit began. “Reykjavik can be a step, a useful step; and if we persevere, the goal of a better, safer world will someday be ours and all the world's.” – Ronald Reagan pic.twitter.com/L9NtaQQQf8

On October 1️⃣1️⃣, 1986 the #USSR–#US Summit opened in Reykjavík. This meeting of Presidents Gorbachev & Reagan became an #ArmsControl milestone as it paved the way to conclusion of #INF & #START.

In the fall of 1986, Soviet leader Mikhail Gorbachev sent American President Ronald Reagan a letter proposing a quick summit.
That summit, in Reykjavik, changed the world.
This podcast recounts the drama of that meeting.https://t.co/hJYkdTYuDY

Did you know that this building, Höfði in Reykjavik, was the location of a 1986 meeting between President Ronald Reagan of the United States and General Secretary Mikhail Gorbachev of the Soviet Union? pic.twitter.com/dBzEbXfZUp