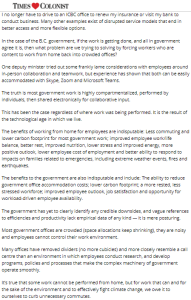 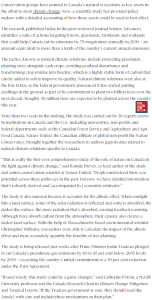 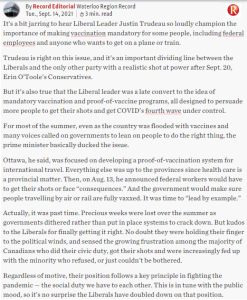 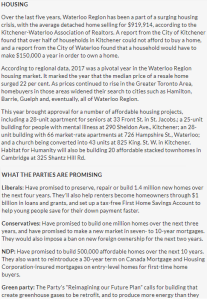 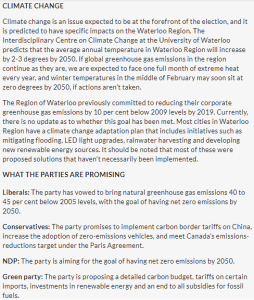 Thank you to Ms. Takako Ito, the Consul of Japan for meeting with the @cityofguelph and community partners today to talk about future business relationship opportunities! #Guelph pic.twitter.com/zqNmdHlPpq

Featured in Portico: Earlier this year, former @guelph_gryphons runner Andrea Seccafien ran a Canadian half-marathon in a record 1:09:38 in Japan. Andrea came to #UofG in 2010, and made her Olympic debut in 2016 🏃‍♀️👏

#ThrowbackThursday the University of Guelph-Humber and Soka University of Japan announce exchange program that will open up exciting opportunities to study abroad for students from both institutions.

During a career spanning three decades, the members of Cowboy Junkies have toured the world – including throughout North America, Europe, Japan and Australia. They make a stop in #Guelph Oct 12 @CJMusic https://t.co/ScTXVoyiFC pic.twitter.com/Rrbg1ubsL1

.@UofG – From runners to cyclists to sailors, several #UniversityOfGuelph alumni athletes are on their way to Japan to compete at the Tokyo Olympics
Info: https://t.co/Iqi1PPbgks#Guelph #AllThingsGuelph pic.twitter.com/yxYzbVmRMx

The show must go on! Despite the typhoon, the 2018 Japan-Canada international symposium on functional foods has been kicked off in Sapporo Japan. Dr Ames from the Guelph research Centre is talking about her research on the functionality of foods. pic.twitter.com/W1Z022Q8tw

From craft brewing pioneer Sleeman Brewery in Guelph, ON, now owned by Sapporo Japan, a well made "Festbier". Well-hopped, probably all-malt, tasty, a good one. pic.twitter.com/AftaMTDxCm

A Kitchener native, Lefcourt has been living in Japan for the past 15 years. His latest project is a new book with his partner, Mika Matsuno. https://t.co/UURLbZKIwH

From Kitchener, Ontario to the footsteps of Mt.Fuji, Japan, we've compiled what cities around the world are doing to transition to a smart city. Download your copy today. 👉 https://t.co/SE2j9uyxKb #SmartCities

Intellijoint Surgical Inc. out of Kitchener is expanding its operation to Japan. The company makes navigation solutions for surgeons conducting knee and hip replacements. https://t.co/y1EOj5j7r6

The Tokyo Olympics are in now sight. Carling Zeeman, a rower from Cambridge, spoke to CTV Kitchener from Japan, where she says it's already proving to be a very different experience than any other competition she's done: https://t.co/Bq7nzsKy5X

Febuary 11th is #InventorsDay. #FunFact: The first real-life escape room was invented and opened it's doors to the public in Japan in 2007. #AdventureRoomsCanada opened its doors in #Kitchener in 2013. The first 60minute #EscapeRoom in #Canada. #puzzles #Games pic.twitter.com/66S9Zb1cAz

In Japan, bus drivers give free rides to people while on strike. This would be nice to have in KW, puts some pressure to negotiate and come up with a solution while ppl are still able to ride the bus

On March 8, Consul-General Sasayama paid a courtesy call on Prof. Feridun Hamdullahpur, @UWaterlooPres & Vice-Chancellor of the @UWaterloo. They discussed the ways of strengthening the academic relationship between Japan and Canada. Photo credit: University of Waterloo. pic.twitter.com/zLfdeqEjn1

Researchers at Waterloo Engineering and in Japan have developed a mathematical method to improve the safety of autonomous vehicles and other autonomous systems. Read the full story: https://t.co/OfZEAr17Fx

Today's #ArchivesAtoZ letter is J for, we assume, Japan. This is a photo of an adult spinning from a mass produced set depicting Japanese life in the early 1900s. You can browse them all on the Waterloo Digital Library: https://t.co/dq4Rj2milN pic.twitter.com/8ZOF0KO6Fj

Look what just came to my home in Japan all the way from Waterloo, Ontario! Thanks, @cigionline!
My wife Yoshie's reaction, having heard me complain that masks sold here are better suited to people of her ethnic background than mine: "Oh, are these designed to fit Jewish noses?" pic.twitter.com/d5HCBvxdNq

How do you coach an Olympian while on a different continent? Ask Syd Vanderpool, who's training boxer Mandy Bujold in Japan from a different time zone in Waterloo Region. https://t.co/xxonN3G2d5

Happy October! This #FactFriday we're featuring Lexus.
In 2003, Lexus decided to expand its manufacturing to outside Japan. They set up an assembly plant in Cambridge, Ontario, where the RX models are currently manufactured for the North American market. Pretty cool, eh? 🇨🇦 #AAMW pic.twitter.com/Rybr0H1zrX

On April 20, Consul-General Sasayama paid a courtesy call on His Worship @FredEisenberger, Mayor of @cityofhamilton. They discussed Japan-Ontario relations, COVID-19 and the long-standing relationship between Hamilton and Kaga City, #Ishikawa Prefecture. pic.twitter.com/cCcORzhfiU

[Chiyoko Izumi]
Chiyoko Izumi is an odori dance instructor in Hamilton, Ontario, who has been teaching odori for over 70 years. She began to study odori at age 10 in Vancouver, two years before she was sent to Japan to care for her sick grandmother. Izum… https://t.co/KYWL2SvqJ1 pic.twitter.com/ToEdUUuQfN

Happy Miura Day! On this Day in 1987, Miura Japan opened the doors on their first North American branch at our facility in Brantford, Ontario. Here is to many more fantastic years to come! 🍻🍾🥂 pic.twitter.com/OWWFGwrMQa

Headed to London, Ontario, Minae Masui looks forward to a Master's Degree in Piano Performance and Literature after joining Mount A from Osaka, Japan! Find out what the International Class of 2019 is going on to do: https://t.co/aQLuxFsZVL pic.twitter.com/VBag9yJLxd

On March 23, Consul-General Sasayama paid a courtesy call on His Worship @DarrinCanniff, Mayor of Chatham-Kent. They discussed Japan-Ontario relations, #COVID-19 and the Canada-U.S. Border, as well as the upcoming #Tokyo2020 Olympics. pic.twitter.com/TjfMtx0MC7

Today on Oct. 7 Consul-General Sasayama paid a courtesy visit to & exchanged views on Japan-Ontario relations with @RickNichollsCKL, MPP – Chatham-Kent – & Deputy Speaker of the Legislative Assembly of Ontario at Queen's Park. He was also given a tour of the Legislative Building. pic.twitter.com/DTSiLt7gZO

On March 22 and 23, Consul-General of Japan Takako Ito visited Windsor, #Ontario, which is a sister city of Fujisawa in #Japan’s #Kanagawa. For details and photos, please visit: https://t.co/ixFiiLLXpg #JapanCanada90 #SisterCity #diplomacy #DiplomaticRelations pic.twitter.com/r5YioyDLMj

Congratulations to @Moh_Speed of @St_Catharines on your #Silver medal performance in the 5,000m race during the #Tokyo2020 @Olympics our members our proud of your achievements in Japan! https://t.co/TMmPiMwm8m

In 2002, 8 Enku woodcarvers from Hashima Japan visited @St_Catharines and were welcomed with the Art of Peace Festival. 6 sculptures were then presented to the city as gifts. See them at the @stcathlibrary Central Branch (downtown).https://t.co/d5S4dDCHa3#STCArtCollection pic.twitter.com/N17nUMyOr1

We are very lucky today to be signing an #MOU with our friends at @ncfl_meigaisen at our Welland Campus today. Thank you for presenting us with this beautiful Daruma doll. #myNCstory #studyabroad #studyinCanada #studyinNiagara #education #globaleducation #Japan pic.twitter.com/9xIZmoXmoM

Thank you to all our customers that helped us achieve "Best Sushi restaurant in Niagara Falls. To show our appreciation we are offering our guests a chance to win 1 Round Trip Air Ticket to Japan.If you've dreamed of going to Japan, here is your chance! #contest #japan #summer pic.twitter.com/1FCCb3AJVk

Can you see a powerful waterfall in the back of this picture? This is Sogi water fall that locates at Isa city in Kagoshima. As it also is called "A Niagara Falls in Japan", you can find strong flowing even you are far from it! pic.twitter.com/A3LwNENBIB

Waterfalls in Japan are also recommended🙆‍♀️🙆‍♀️

With highlights including the Oriental Niagara Falls, an island populated by cats and an immersive farmstay, Oita is the perfect place to discover the pastoral loveliness of Japan’s countryside. https://t.co/TpTN9r2V9u pic.twitter.com/JVZMZRwQgd

I’m going to go back and alter the course of history so that instead of forcing Japan to buy our lame merch, Commodore Perry invites Japanese artists to tour the US and produce masterpiece prints of Niagara Falls, Lone Peak, the Grand Canyon, etc.

Years before Canadian-born Maynard Plant became a rock star in Japan, he and writer @michaelpetrou attended Queen’s University in Kingston, Ontario together. Here’s what happened when Maynard's temporary move to Japan turned into a new life as a pop star. https://t.co/cd4YGJ4BAu

Reid & Ben: We spoke with Kingston’s Abi Tripp before she heads off to the @Paralympics in Tokyo to compete in swimming.

Sports: Whether it was overseas in Tokyo, on the shores of Kingston, or even in a virtual Esports arena, many Queen’s student-athletes continued to demonstrate excellence in their respective fields this summer.https://t.co/IxXMEHF4sD pic.twitter.com/eIVw0oaaFE

The sincere congratulations of Kingston City Council are extended to Abi Tripp who will represent Canada at the Tokyo Paralympics, Fall 2021. All of Kingston is cheering for you, Abi!

ICYMI: Kingston's own Abi Tripp of the Kingston Y Penguins will represent Canada for the second time during the Paralympic Games in Tokyo from August to September, 2021.https://t.co/9Vp0dWZrL9

We're talking to Kingston sailor Ali ten Hove, who is part of a nine-member team representing Canada at the Tokyo Olympics this summer. pic.twitter.com/pbmeIUPTlp

Ali ten Rove will compete at @Tokyo2020 for the first time this month. She grew up in #Kingston, where she learned to sail. We spoke to her before she got on her flight to #Tokyo. She talked about getting comfortable with being on the edge as the boat moves faster than the wind. pic.twitter.com/BzSbMocSQz

Congratulations Sam and Will Bonin! Who just won the Canadian championship in sailing this week in Kingston, Ontario. They will now be training and competing over next 10 months to attempt to secure the one Canadian spot at the Tokyo Olympics summer 2020. https://t.co/Hgtri3u6Px pic.twitter.com/xaYFNxW7PS

I have your book over here in Tokyo: brought it back from my cottage near Kingston. Loved reading it on the deck and will read it again. Fantastic read. Me here in Japan: https://t.co/ZSuw5bHAst