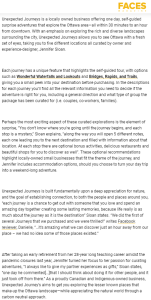 These trees were a part of the over 3000 trees planted in Ontario by the Sakura Project, which ran from 2000 to 2012 and was spearheaded by the Consulate-General of Japan. The trees were donated as symbols of friendship between Japan and Canada.

These trees were a part of the over 3000 trees planted in Ontario by the Sakura Project, which ran from 2000 to 2012 and was spearheaded by the Consulate-General of Japan. The trees were donated as symbols of friendship between Japan and Canada.

The Shin-Yokohama Raumen Museum in #Kanagawa is a ramen-lover's paradise. Modelled after late-50s Japan (around which time instant noodles were invented), the museum has samplings from across Japan. Even #Toronto's @RYUS_Noodle_bar can be found there.https://t.co/VhUPjAULM2 pic.twitter.com/AqnZA7KpPS

Heading to an evening soirée at the Consul-General of Japan’s official residence tonight in Toronto with members of our @cbcsports and @CBCNews team.

I wonder if 7-Eleven will be on the menu. Photos and updates to come.

It's officially July 21 in Japan, and that means it's the first day of competition for the delayed 2020 Olympic Games. Check out when you can watch athletes from around southern, central and eastern #Ontario with our daily tracker. #Tokyo2020 #Olympics https://t.co/8rcTj4AFYy

Ontario has concluded a virtual business mission to Japan and South Korea to increase investment. Learn why Ontario is the ideal location for investors to locate their #EV facilities: https://t.co/gHyW8hebVB #InvestInOntario pic.twitter.com/4bCdenRY5S

On July 5, students from #Japan, #USA and #Canada met for a #Kakehashi Japan Bowl virtual exchange. Congratulations to the participating 2020-2021 Ontario and BC champions, and special thanks to 2021 champ Vincent P for his great presentation! https://t.co/muJAQedJxz

Forest bathing is a mindfulness practice based on a concept developed in the 1980s in Japan. Northwestern Ontario Hub journalist @charneland talks to @JeyanTVO about what it is and how it’s done. Watch TVO at 8pm & 11pm. Producer: @carrletta pic.twitter.com/WBf4f2UMZP

On June 23, 7pm EDT, the Japan America Society of Michigan and Southwestern Ontario will present a presentation of the tradition behind the dynamic blue check design theme of the Tokyo Olympics with a cosplay take on the Olympic mascot. #JFNYFundedhttps://t.co/5IzuEUSsoX

Olympics, Japanese design & cosplay – oh my!
Come join the Japan America Society of Michigan & Ontario's Young Professionals for an overview of the Japanese tradition behind the logos & mascots of the Olympics.

#ChildWelfare On this day in 2019 I met w #Japanese delegation embarking on creating #Japan's first Child Advocate inspired by Ontario's former office and legislation, and asked for my support. While #Ontario terminated the OCA, others saw its need. #onpoli #childwelfare #onpoli pic.twitter.com/RXldKM3Ayi

A beautiful Ontario forest. Reminds me of @welcomekyushu Japan. pic.twitter.com/sbHvVu2vIh

This "real estate" bubble is now "larger" than Japan's great asset bubble in 1989. The greatest mania in modern history.

Canada's private debt to GDP has surpassed Japan in 1989, the US in 2008 and 1929, mostly centered in Ontario and BC. A delusion of wealth predicated on debt! https://t.co/mR1o4ZWp8H

A Webinar 'Facing Pandemic Together 'Canada-Japan Science and Tecnology Coopertion' hosted by the University of Ottawa on Feb. 25. Full video is available here: https://t.co/MBdcoi1720

A year ago I joined in the Embassy of Japan’s National Day Celebrations in person in Ottawa. Tonight’s event, like so many others, is being done virtually, as we celebrate the Emperor of Japan’s 61st birthday and acknowledge the strong ties between Canada and Japan. @SenateCA pic.twitter.com/rxqdoOXJ91

The Embassy of Japan in Ottawa (@JapaninCanada) will be hosting the event “Taiko as a Performance Art”, an online webinar exploring the history and practice of taiko as a performance art on March 25th at 7PM (EDT).https://t.co/pAwTogltNH pic.twitter.com/Ix9ttshU8G

Listen to LiVE 88.5 FM for free on your radio and on every streaming device!https://t.co/hUf6TD8hWp

#TBT to to 2019 when @DaynaPidhoresky was the Elite Canadian Women's Ottawa Marathon Champ! Dayna will be competing in the 2020 Tokyo Olympic Women's Marathon on Friday!

Proud of the Canadian women's 4×400 relay team that made it to finals in Tokyo. Especially Ottawa native Alicia Brown. These women came hungry and delivered. https://t.co/ilgdKrMx0L

The Tokyo 2020 Olympics are inspiring some of our Staff and Members to have BGCO-lympics!

Every day, our Members deliver gold-worthy performances as they get active through the Physical Activity and Healthy Lifestyle programming pillar!#ottawa #olympics #tokyo2020 pic.twitter.com/UCr6V7ewLW

Following the 1st day of #GoSailing on the road to Tokyo, Canada collectively sailed 107 hours. With an objective of 1500 hours, we are now in Lake Michigan between Ottawa and Tokyo!

Did you record your sailing time today? Let's do this now: https://t.co/219KbYFFO6. pic.twitter.com/xf7qvZs4K7

Give my very first published article a read! I had a chance to speak with Ottawa born Olympian, Kelleigh Ryan, before her departure to Tokyo for her Olympic debut #Olympics2021 #Tokyo2020 #ottawaolympian https://t.co/SCazVSqoHw

Ottawa cyclist Michael Woods came agonizingly close to opening Canada's medal account on the first full day of competition at the 2020 Tokyo Olympics, a day that saw Canadian athletes also take to the diamond, the court and the beach.https://t.co/wAhuLhj8gx

What is the Ottawa Group? What is it proposing?

It originated in a meeting of ministers in Ottawa in 2018, then Davos early 2019

A year ago, at my last in-person press conference in Ottawa, I asked PM Trudeau whether C$1B in financial relief the govt offered to help economy get through Covid-19 outbreak was too meek given what UK and Japan were doing. C$180 billion or so later, I think I got the answer.

OTTAWA, Canada – The following is a statement from G7 foreign ministers on the situation in Tigray, Ethiopia:

“We, the G7 foreign ministers of Canada, France, Germany, Italy, Japan, the United Kingdom and the United States of America and the Highhttps://t.co/OSvj50VEKe pic.twitter.com/Qk371RxXDc

OTTAWA, Canada – The following is a statement from G7 foreign ministers on the buildup of Russian military forces in Ukraine:

“We, the G7 foreign ministers of Canada, France, Germany, Italy, Japan, the United Kingdom and the United States of America andhttps://t.co/8DagbWBIun pic.twitter.com/N4lf9cyctU

Scott Stinson: Japan asked everyone to follow rules at the Olympics. Don't expect China to be so polite https://t.co/7KoaMooCFJ

Millions of ‘ghost homes’ sit empty in Japan. You can snag one for as little as $550 https://t.co/KH3WoTQCNt pic.twitter.com/d6x5v0isxd

‘Naruto’ soundtracks to get first digital release outside Japan this weekhttps://t.co/7MWy84G8b0

Nissin Cup Noodle flavours become Umaibo snacks, and we try every one of them https://t.co/UbBDaRWB0b

Fukuoka is getting the biggest Gundam statue in Japanhttps://t.co/0n0sgTtcFy

We try fresh orange juice squeezed for us by a vending machine in Saitama【Taste test】https://t.co/SC41K8kIu0【taste-test】/

It's no secret who we're cheering for in the ❤️ of the Ottawa Valley!
Pembroke's own Maddy Kelly and Eganville's @BishopMelissa are both racing in the women's 800m, which gets underway on Thursday night.
Join us in showing your support for our local stars as they shine in Tokyo! pic.twitter.com/vL8SgQ3E8H

A fan from Japan: A man who fell in love with Thunder Bay, Ontario and returns every year! His next goal is to meet the Prime Minister! https://t.co/gBOQGManFi @CBCNews @mylakehead @LakeheadUNews @JustinPMTrud #JapanCanadaMe #JapanCanada90 pic.twitter.com/MfQOlSH5rN