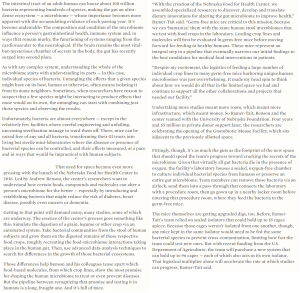 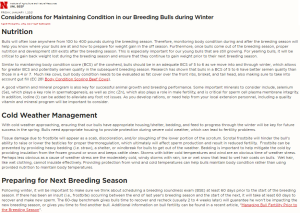 Consul-General Okada was delighted to attend the NE Statehood Day Dinner with @GovRicketts. He also met with @NeCattlemen to discuss trade with Japan. He toured Daitron Inc, facility in Lincoln and the Kawasaki Reading Room at @UNLincoln. There really is no place like Nebraska! pic.twitter.com/NmQnCJzPx2

In early February, delegates from Nebraska Department of Economic Development and @UNLincoln embarked on a five-day visit to Tokyo and parts of Japan’s Hyogo Prefecture for the purpose of promoting business and trade relationships. https://t.co/wnQb2uuMFq

.@UNLincoln helps bring the world to Nebraska and Nebraska to the world. Today on campus we have Eder Muniz, a street artist from Brazil, and Amane Nakashima, Chairman of the Kewpie Corp, a major Japanese food company. @GlobalNebraska @IANRGlobal @NebraskaBiz pic.twitter.com/V43L201Pm9

Come to Cooking Around the World on Jan. 16 to make dishes like Japanese roasted cauliflower rice bowls with miso and Greek quesadillas with tzatziki. Register by Jan. 14. ›› https://t.co/QIhN17mWCW #UNL

The two-part lecture “Early Japanese in Nebraska” will feature historical accounts of first- and second-generation Japanese settlers. The talks, hosted by the Kawasaki Reading Room for Japanese studies, will be in Architecture Hall on Oct. 26. ›› https://t.co/jUTHOAV5Nu #UNL

Join Ikuo Kabashima, a Husker alumnus & Japanese governor on Sept. 7 at 1:30pm at the Nebraska East Union as he addresses the impact of a changing trade environment at a forum with the Clayton Yeutter Institute of International Trade and Finance. ›› https://t.co/ds55AxTtCu #UNL pic.twitter.com/TRkvyEM4vP

Here's a weekly opportunity to converse in Japanese and check out the resources in this great space to learn more about the culture. https://t.co/OLr3BxyUWk

Experience a Japanese Star Festival, or Tanabata, tomorrow at 2 p.m. – celebrating the meeting of Orihime and Hioboshi, represented by the stars Vega and Altair https://t.co/V3ixSKqSdr @UNLKawasakiRR @UNLModLang pic.twitter.com/MxVpC00UAs

3:30pm today: Japan Festival, including a music recital and movie screening of "When Marnie was There" https://t.co/wAlXvrQYIg @UNLModLang pic.twitter.com/05i709YA7l

"I chose Global Studies as a minor after I studied abroad in Japan. I loved exploring a new country…" Student spotlight – Danielle Steele https://t.co/9zDMQ6vYBD @UNLGLST pic.twitter.com/bAVtbOtOdH

Students can immerse themselves in language and culture at Conversation Tables for Arabic, Japanese, German, French, Russian and Spanish. https://t.co/eM4jVd242e@UNLModLang @DailyNeb @UNLKawasakiRR pic.twitter.com/UkXmNKRv39

Curious about Japanese swords? Join @UNLKawasakiRR at the To no kai event March 19 at 3:30pm #UNL @UNLModLang pic.twitter.com/pC6hKuiLFM

Tired of the same old candy for #ValentinesDay ? Students at @UNLincoln got to make #Japanese chocolate https://t.co/CdSBKNEzki

For many Japanese American incarcerees, Nebraska was fairly welcoming. @UNLincoln accepted dozens of students shut out of their West Coast universities, and farms around the state hired workers from the camps. But some feared a new Japanese "colony" there. 1/2 pic.twitter.com/33K96PzCki

George Hirose left @topazmuseum for @HuronCollege in South Dakota while Cromwell Mukai went to @UNLincoln which was quickly developing a reputation for accepting Japanese American students. He told the Topaz Times there were between 60 and 70 Nisei students there. 2/2 pic.twitter.com/ACkFcfTN59

Marie and June became at home @UNLincoln which eventually accepted 100 Nisei students during the war. The state's governor had rejected accepting Japanese American residents during the war, but the university was open. 3/4 pic.twitter.com/A4BSHKbD5Z

High students at @HeartMountainWY were told 75 years ago that they could view photos of Japanese Americans who had escaped camps for colleges around the country courtesy of the National Japanese American Student Relocation Council fro @afsc_org 1/2 pic.twitter.com/lkZRXJuLIh

May: Graduated as a 4.0 Chancellor Scholar from @UNLincoln @NebraskaBiz and found out I’m moving to Shizuoka, Japan with the @JETProgram pic.twitter.com/5ibhVaQhs3

The @UNLKawasakiRR for Japanese Studies is a cultural bridge, providing resources & sharing Japanese culture, art, language & history to the #UNL & #LNK community. Sign up for their newsletter to stay up to date on activities! #GlobalNebraska @UNLModLang @unlcas @UNLGLST https://t.co/oydFaNFm7E

Amazing to connect with alumni of 30+ years & others with connections to the State who live in Japan at our @UNLincoln Friends of Nebraska Reception in Tokyo tonight. Thanks to @GovRicketts and @aflac for their support at this event & #UNL on this #NETradeMission. #GlobalNebraska pic.twitter.com/Th5kb4QfYS

Next Thursday for #GlowBigRed, he'll be wearing his #Husker shirt in Paris. Join him for #N150 » https://t.co/SBtHlkcKWX.

“Dreams come from #Nebraska.” – Ikuo Kabashima, @UNLincoln alumnus and governor of Japan’s Kumamoto Prefecture, speaking at a forum of the Yeutter Institute this afternoon. #UNL pic.twitter.com/yeLWIuj2Ln

Join @UNLFoodScience as they co-host a seminar on food innovation with partners from Japan's Shizuoka Prefecture tomorrow at 2pm in the Food Innovation Center, located at @NIC_Innovates. https://t.co/Z3PUaH7usz #UNL #IANRisGlobal pic.twitter.com/7SzpqlK9IN

Be sure to attend the upcoming Yeutter Institute forum Sept. 7, featuring Ikuo Kabashima, governor of Japan’s Kumamoto Prefecture and @UNLincoln alumnus as he addresses the impact of a changing #trade environment on prefectures and states. https://t.co/O7TiekzHVN pic.twitter.com/Ua1X8JhZLG

2014 US beef exports up 5.5%. Japan is again our number one customer. via LMIC In the Cattle Markets http://t.co/5UNViAtjSh

@NeCattlemen @raisingne @srwell @UNLBeef @senbmckenzie @RuralRadioNet "#Japan, however, is afraid that a flood of cheaper imports from the two nations could overwhelm its producers unless there are tighter import quotas that trigger higher #tariffs." @NARhttps://t.co/JIRalJn4FF

Vickie Sakurada Schaepler, with the help of @UNLModLang, will present “Saving a Legacy: Japanese History in Nebraska” from 2 to 3:15 p.m. Nov. 12 via Zoom. https://t.co/9EgKZj6ySC #Nebraska #UNL @unlcas

Meet @unlcas and #UNL global studies major Chloe Molnar just returned from a semester on our internship in #Japan. Chloe ❤️'s "that Global Studies provides me a way to not just study, but actually go and experience what I learn in class". More at: https://t.co/2wJ2KTEgRL pic.twitter.com/jk2iDj2UOQ

We're so excited for our next takeover all the way from Matsudo, Japan where Chloe Molnar is completing her global studies internship. Join us Sat. 10/5 @UNLGLST for a chance to see Japan and learn all about this amazing internship. @unlcas pic.twitter.com/alC1qPDHjs

STUDENT SPOTLIGHT: Sarah Vrtiska double majoring in Global Studies and German. Sarah studied abroad twice, first to Germany and this past fall semester she was in Japan. Sarah was also just awarded the Fulbright Award. More at https://t.co/Zzl2eP9WU8 @unlcas pic.twitter.com/q2VBFn87Kf

Our Multicultural Spring Tree event was a success! Thanks to Russian and Czech Clubs for another wonderful collaboration and thank you to our friends in French, German and Japanese for joining us. @unlcas @unlincoln @UNLModLang pic.twitter.com/IE2Ss43rnK