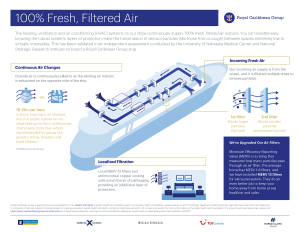 Over the past four decades, 2,000+ @UNOmaha students and faculty have participated in a one-of-a-kind exchange program with Shizuoka University in Japan. Congratulations on the 40th anniversary of your partnership! #InternationalEducationWeek https://t.co/oFyBF3fQQt

As sister universities, Shizuoka University and UNO are partnering to host a conference in Japan this month.https://t.co/u79LXhpc6d#KnowTheOhttps://t.co/o270rhCtK5

Kiyoshi Ishii, president at Shizuoka University in Japan, visited UNO today. During his visit he covered the importance of the indigenous rationalist, Kinjiro Ninomiya, and his continuous influence on the modernization of Japanese society. #KnowTheOhttps://t.co/aB2kW2b3eZ pic.twitter.com/K1kc98tJfu

UNO alum and former Secretary of Defense Chuck Hagel presented his Japanese counterpart Maverick tennis gear at a Pentagon press conference to thank him for stopping by his alma mater. Onodera is an avid tennis fan. #KnowTheO
https://t.co/lXmNhT8Oq8

Tonight at UNO, @OmahaCities welcomed @SecondLady Karen Pence to speak at its annual gala. Last year, @SisterCitiesInt appointed Mrs. Pence to serve as Honorary Vice Chairwoman of the group. During the event, UNO students from Japan joined her to sing a traditional folk song. pic.twitter.com/3M4gRQpfpz

Japan-native Yamato Nonaka came to the U.S. hoping to join an AT program. A visit to UNO sold him on the idea. https://t.co/5Av5loDvCu pic.twitter.com/7SinsVa3Ub

Great to see that @Unomaha is hosting another group of students from #Shizuoka #Japan. https://t.co/wvDxnM3QQE Kudos to #UNO and Shizuoka on this long partnership. @UNO_ISP

Kano Aono will be performing Jo-ha-kyū: Traditional Japanese Tea Ceremony for us tomorrow! Aono is an intermediate student of Urasenke school of tea ceremony and an exchange student at @UNOmaha. https://t.co/8qAQSECWQj pic.twitter.com/wjwPNwqvu6

"When I think back on my life and what my life would have been like, it's really important for me to remember that the greatest opportunities I ever got came from my experiences at UNO."

A warm welcome to Athletic Training Program alumnus Saori Yoshida and a group of her students from Tokoha University in Japan to @UNOmaha this week! pic.twitter.com/gm430hmU16

Upcoming Events: What is Abenomics, and what can the US learn from Japan's economic growth? https://t.co/iTgJE7pjY9 via @owhnews

Creighton is committed to sustainability. Check out Sustainable Creighton Corner featuring students from Japan and Rwanda offering the perspective of their home nations.

I am enjoying Thanksgiving with @Creighton students from Japan, Thailand, Korea, and India! pic.twitter.com/SabEBmMkkt