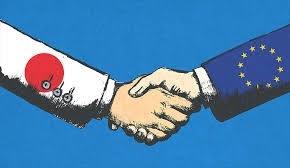 All the below links, excerpts, and pictures (charts/tables) are in English.

Japan-EU EPA 【Benefits and Backgrounds】(PDF; 07/2018) | MOFA Japan You can also check out the first one of the below pictures.
Japan-EU Strategic Partnership Agreement (SPA) (07/17/2018) | MOFA Japan
2018 Japan-EU Summit: Signing Ceremony Of EPA And SPA (YouTube)

In Focus EU-Japan ECONOMIC PARTNERSHIP AGREEMENT | European Commission
EU-Japan Economic Partnership Agreement: texts of the agreement | European Commission
EU-Japan: A Partnership of Renewed Importance (w PDF) | Cristina de Esperanza Picardo @eucentresg
New EU-Japan economic, strategic partnership may work better than past efforts (07/19/2018) | Bastian Harth @ Asia Times
… The SPA lays out the first-ever framework between the EU and Japan for cooperation and dialogue across various bilateral, regional, and multilateral issues such as cybercrime, disaster management, energy security, climate change, and aging populations. It also calls on both sides to synergize on promoting peace, stability, and international prosperity, and to recede from a sectoral and segmented approach to a comprehensive and legally binding cooperation framework. …
Especially, cybersecurity is of enormous importance for Japan, given the upcoming 2020 Tokyo Olympics. Millions of cyberattacks are predicted, and despite the country’s remarkable public safety… The topic is of such importance that Japan is even going to join the NATO Cooperative Cyber Defense Centre of Excellence in Tallinn. …

Brexit, a Catalyst for Closer EU-Japan Relations? (PDF) | Irina Angelescu
… Consequently, there is an implicit understanding from the Japanese side that the UK government “owes” special attention to Japanese interests, and should keep those interests in mind when negotiating Brexit. The former UK Ambassador to Japan, David Warren, indicated that some of his Japanese counterparts share a sense of “betrayal,” …
…three Japanese car manufacturers (Honda, Nissan and Toyota) now make almost half of the 1.67 million cars produced in the UK. …
… GlaxoSmithKline Plc estimates that, in the next two-three years, it could incur costs as high as 70 million pounds ($98 million) of Brexit-related costs. Similarly, Johnson & Johnson estimated that it could face as many as 50,000 additional tests in the amount of 1 million pounds if there will be no post-Brexit mutual recognition of testing between the EU and the UK. AstroZeneca and MerkKGaA raised similar concerns. …
… Mitsubishi Bank UFJ picked Amsterdam as its base for EU securities operations, while Nomura Holdings, Daiwa Securities and Sumitomo Matsui Financial Group said they would move to Frankfurt. …
… Decisions such as that of Unilever – the UK’s third largest company to consolidate its HQ in the Netherlands and abandon the separate London HQ is just one recent example that has caused more unease among third parties about the outcome of Brexit. …
The Japanese position has remained consistent about its preferences for Brexit from the very beginning: no Brexit or the “softest” form of Brexit, with unhindered access to the European Single Market – preferably preceded by a very long transition period that would allow Japanese businesses to adapt to changes. …
… In particular, joint training and cooperation to address newer threats like cybersecurity or disinformation campaigns conducted by countries like Russia and China could prove to be mutually beneficial. In principle, the U.S. should also welcome the closer economic ties between the EU and Japan as a means to promote free trade worldwide. At the same time, the EU-Japan data protection agreement and certain provisions in the EU-Japan EPA such as Geographic Indicators (GIs) for agricultural products could negatively affect U.S. interests. …
EU-Japan partnership agreements herald new era of closer cooperation (29/01/2018) | Irina Angelescu @ European Council on Foreign Relations 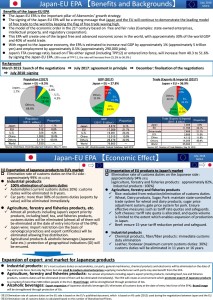 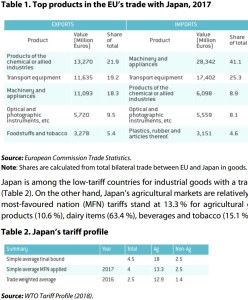 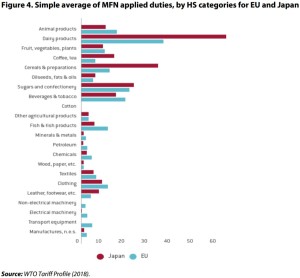 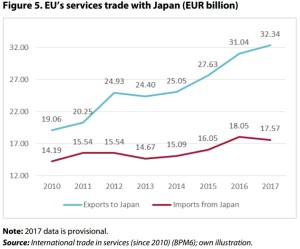 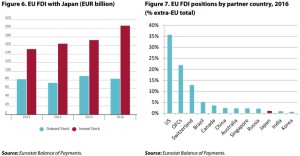 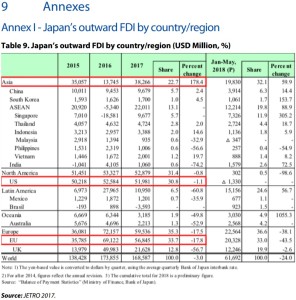 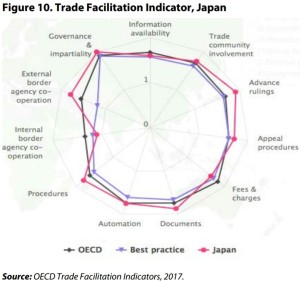 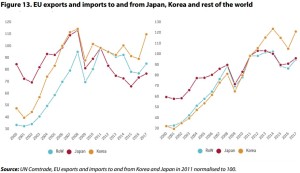 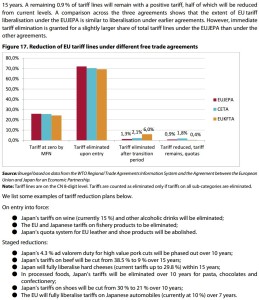 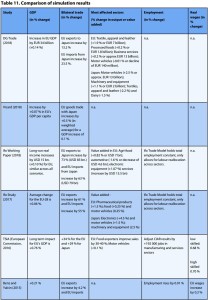 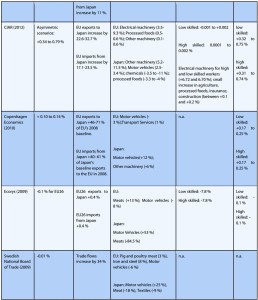