Here is just a part of articles/videos concerning the Brexit on Twitter through 13 June (BST).

Brexit and the Globalization Trilemma | @rodrikdani 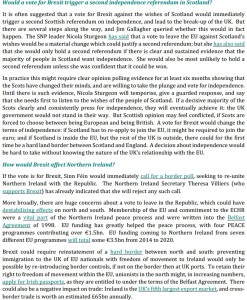 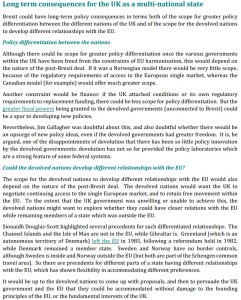 Berlin and Paris need a strategy for Brexit | @GuntramWolff @Bruegel_org
– Which political strategy should the EU and its biggest two members, France and Germany, pursue if the UK were to leave? –

Debunking the Brexit myths: Four-fifths of scientists support staying in the EU. Here is why. | Sir PAUL NURSE @NewStatesman

THE IDEOLOGUES WITHIN | @JohnSpringford @SimonTilford @CER_London
– Britain’s right-wing populists will not stop at Brexit – they want control of the Tory party and thus the country. Their ideological, unempirical world view provides few solutions to the problems facing the UK. – 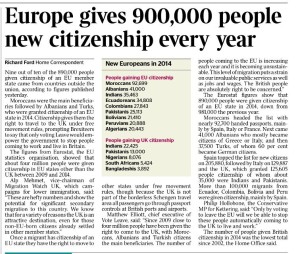 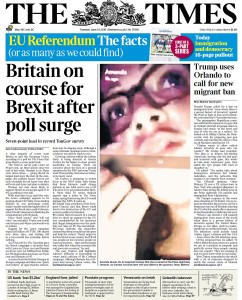 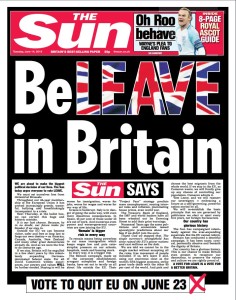 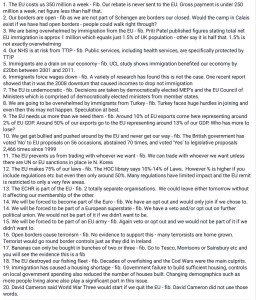 U.S. Investors Are More Worried About Brexit Than a Summer Fed Hike or the Presidential Election | @julieverhage @LJKawa

The Treasury ‘grossly exaggerated’ the economic and financial impact of Brexit, says academic review – and Cameron and Osborne are ‘treating us like children’ | @matt_dathan

Boeing gives Brexit ANOTHER ‘fantastic’ boost by picking Britain for new European HQ [with Video – Boris Johnson] | @LanaC
– THE world’s largest aircraft maker has made the case for leaving the union even stronger by choosing Britain for its new European headquarters. –

Brexit supporters have unleashed furies even they can’t control | @pollytoynbee

Brexit: It’s smarter to stay | @Brinkbaeumer & @FAHarms
– The choice is between a moment of pride and a new future built together: If Britain is clever, it will remain a member of the EU, because it will recognise that the future of the west is at stake. –

Brexit Is a Bad Trade: U.K. trade policy would become a mess if the country leaves the EU. [with CARTOON GALLERY] | @ChadBown

Sam Cam – I’m in for my kids: In her own words, the PM’s wife delivers a Brexit broadside and says she won’t gamble on her children’s futures

Leave: ‘We can rebuild the fishing industry outside EU’

Nine in ten fishermen will back Brexit, survey suggests | @DanSmatterings

Brexit Would Hand U.K’.s Trading Fate to Others | @StephenFidler1
– Outside the EU, Britain could find many countries weighing in on its trade arrangements –

Brexit likelihood has increased, but Remain is still favourite | @MattSingh_

An even earlier Brexit had far worse consequences | @darrendodd

Yes or No, Brexit has already changed the UK | Rayhan Chouglay @risk_insights

Poll reveals possible Brexit boost after Nigel Farage proved more convincing than Cameron | @ZoieOBrien_
– HE has been shunned from the official Leave campaign but Nigel Farage may well have given Brexit a boost last night ahead of the EU referendum. –

So Just How United Are SNP Supporters on Europe? | @whatukthinks @WhatScotsThink

Employment and the ‘EU’: Are you voting for ‘Brexit’ or ‘Brita-in’?

‘Brexit’ Vote Looms As Sides Squabble Over Whether To Leave EU