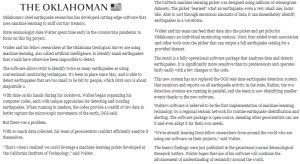 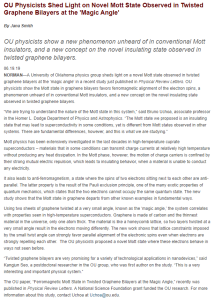 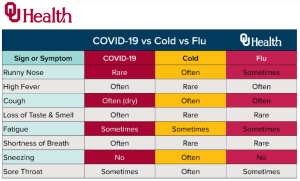 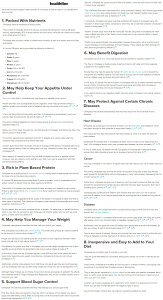 See how this @OUFineArts masters student is connecting to her Japanese heritage by building a traditional wood-fired kiln by hand. #SoonerArtists pic.twitter.com/IobeBvU9au

This #soonerwknd, you should visit "Soaring Voices: Recent Ceramics by Women from Japan" @CityArtsCenter, open 9-5! http://t.co/21WiqMkB

I need to find a @UofOklahoma #ArtHistory student studying Japanese prints so we can do a pop-up exhibit with gorgeous things like this. Who ya got @OUFineArts ? https://t.co/h25ASLhyRk

Another gorgeous night for softball at Hall of Fame Stadium! Should be a good one between USA and Japan at 8 on ESPN pic.twitter.com/IjKGsUE8T0

What do this anarchic feminist, Japan's first woman journalist, and frequently imprisoned Japanese activist and novelist all have in common? They're all better represented on @Wikipedia thanks to Dr. @ElyssaFaison's students at @UofOklahoma! https://t.co/olBmnSDUZX

It’s time for the @UofOklahoma fans to put on the purple! We are excited to add former #Sooners standout Andrew Fitzgerald to our Sideline Cancer team to play in @thetournament! This season he played professionally in Japan for Bambitious Nara. Welcome to the family Andrew! pic.twitter.com/AmB38hCXRp

Josh Frydman (@OUResearch) will theorize the category of "graffiti" by looking at both Japanese and Eurasian materials. I'm unaware of any comparative scholarship on this topic, and this type of innovative research will help scholars understand both Japan and Europe in new ways.

A film on the WWII internment of Japanese-Americans was screened at OU Monday, followed by a discussion panel which addressed past and current political issues related to race and immigration: https://t.co/sjm8iBdY6F

A documentary screening about the internment of Japanese-Americans during WWII will be held on Monday, along with a panel discussion featuring Karen Korematsu, daughter of civil rights activist Fred Korematsu. https://t.co/0C5LNs635D

OU hosted the retired Japanese ambassador to speak about industry and the relationship between the U.S. and Japan: https://t.co/pF3qnnPMY3 pic.twitter.com/Fw9Mqrze7S

Japan to shift to more renewable rather than nuclear energy: https://t.co/Z2nOEQUuQI#nuclearenergy #renewableenergy

https://t.co/rbzp1c8jBG An avalanche in Japan killed one after potentially being set off by a nearby volcano eruption. Authorities have evacuated the area. #japan #avalanche #volcano #disaster

https://t.co/PvePBJ5uaJ The Mayon Volcano in the Philippines is spewing ash, forcing the evacuation of 75,000 and leading to worries of an eruption. This past week has had major seismic activity in Japan, Indonesia, and Alaska, too. #earthquake #naturaldisaster

Bell courtroom at @UofOklahomaLaw was packed tonight for the viewing of “And Then They Came For Us” – a documentary on Japanese internment & why we must be vigilant in avoiding regressive immigration policies & Constitutional damage in the name of national security. pic.twitter.com/Zm2RTpBL4h

Four Japanese officials recently came to #OULaw to discuss indigenous peoples law with Prof. Lindsay Robertson and Ahrens Kerwood (’17). Visiting were Ken-ichi Ochiai and Teruki Tsunemoto, who are both professors at the Center for Ainu and Indigenous Studies at @HokkaidoUni; pic.twitter.com/AI1wsyXajG

From #ISEC2017 in Japan to #CW18 in Canada, students and faculty have represented us well in this week! pic.twitter.com/SuG5SyBDUD

THE UNIVERSITY OF OKLAHOMA JOINS KYOTO UNIVERSITY FOR INTERNATIONAL SYMPOSIUM IN JAPAN … http://tinyurl.com/yht5juf

Regarding the radiation in Japan, OU's Dr. Mulvihill does not see a threat to our state: http://bit.ly/hW4Rgg (via @newsok)

This morning, SAGA invited the mayor of #Kameoka and his delegation to speak to students at @okstate. Kameoka, Japan, has been the sister city to @StillwaterOKgov since 1985. #globalokstate pic.twitter.com/1xrhuJ1PsE

Japan has the third largest economy in the world and Japanese is one of the most useful business languages. OSU offers a minor in Japanese that can pair with every major out there! pic.twitter.com/xEkpmDlvPw

A #Japanese minor will help students acquire an understanding of the language and cultural background of #Japan. https://t.co/CnkCBmb7aM pic.twitter.com/GC76nLRm8p

Walk in the #US, Talk About #Japan: Come hear the Japanese delegation at 209 Wes Watkins to discuss Japan's future for our young generation. pic.twitter.com/NMAQpdnlRm

The bilateral trade deal between the United States and Japan that is scheduled to begin in 2020 will hopefully erase most of the tariff disadvantage America currently faces and will stop the erosion of beef market share in Japan. https://t.co/SvB3zRQgYi

Japanese Painted Fern is another Oklahoma Proven perennial plant for full or partial shade. It typically reaches a height of 18 to 24 inches tall and wide. https://t.co/DzrWZ0IYVL via @shawneenewsstar #GardenTips

Imagine a kite hovering above Japan. It’s equipped with solar panels and wind turbines. It supplies the entire country with energy. That is Toyota’s vision for the future. @okstate is helping perfect the #kite https://t.co/WqAwE0yYLa #toyota @toyota #mothership #climatechange pic.twitter.com/AsYVqB31Pj

87% eclipse in Stillwater. Moon shadows under a Japanese Maple on @okstate campus pic.twitter.com/DkKE3pRzJV

@KICKERaudio Wild #Kicker sighting in Japan! I wonder if any of my old @okstate friends at Kicker know that their products are being proudly used to promote #HatsuneMiku @cfm_miku_en is officially Livin' Loud pic.twitter.com/oiH3G0KIU9

We love that Natsuki is sporting her @OKCU shirt back in Japan. Everyone @OCUStudyAbroad misses you! https://t.co/W3DxgvmPmC

JET will have a table at the Intl Programs Fair at The University of Tulsa today! Meet a JET coordinator and Japanese Consul @UTulsa