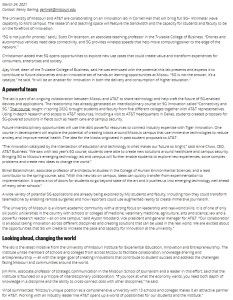 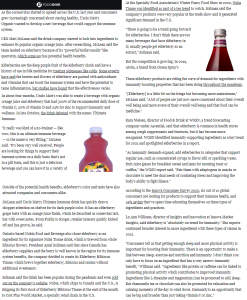 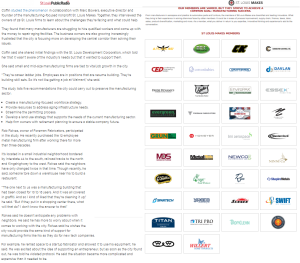 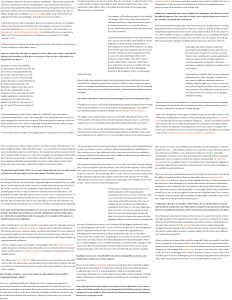 It was an honor to host our friends from Hakusan, Japan (Columbia’s sister-city) at @Mizzou today. What a great partnership! #Hakusan #Japan #Mizzou @CoMoGov @muintctr pic.twitter.com/eAvzuYraWB

We have so many people to thank -our @Mizzou partners who insisted we keep our sister city relationship intact to @Beatty_Sensei who has worked hard to bring students to Hakusan on his own to @COMOSTEM who sponsored Mike’s trip to Japan. #WeAreOne https://t.co/e1fhIrxGGj

Such a joy to participate in a joint session @TheEndoSociety & the Japan Endocrine Society today here in Sendai #jes2019 – first talk is by Susan Nagel @Mizzou on fracking #sickerfatterpoorer @cdkassotis pic.twitter.com/nqtj8f9R0a

Paul Droubie of @ManhattanEdu notes Japan’s ability to embody both the modern world and traditional culture, allowing it to serve as moderator between the East and the West. He describes the impact of the Tokyo Olympics in 1964 and predictions for #Tokyo2020. #JapanSoftPower pic.twitter.com/TfvebQJN1Q

Did you know that Columbia has a sister city in Japan? @MUAsianAffairs helps manage the partnership! https://t.co/3vz0WsDxCV

Taylor Morrow found the 2nd #MizzouGivingDay Truman and wants to support the Japanese Studies Program in the German and Russian Studies Department! pic.twitter.com/uwwmCWITIq

This summer, @MUAsianAffairs invited 74 students of Asia Pacific, the largest number in five years. And 47 of them were from @univ_nagano in Japan! Thanks @Mizzou for featuring our delightful students! #ShowMeYourSummer #YourAreWelcomeHere #MizzouSummer https://t.co/OtZoqcRO4k

Each day Columbia Percussion United gets a little closer to our travels to Japan! Today we meet with our friends from Japan who are ensuring that our trip is a success for all High School Cultural Festival in Nagano #CPSbest @Mizzou Asian Affairs pic.twitter.com/Z9fa4LtpGK

Today we are hosting delegates from Okayama University in Japan. Welcome to @Mizzou. #MUGlobal

A stream of students from various Asian countries to @Mizzou rarely stops throughout the year. Please send your cheers to these five bright students representing #SouthKorea #Japan and #China!

Our students and scholars representing six different countries picnic together, laugh together and "HOORAY" together at Cosmo Bethal Park yesterday.

Together we the one @Mizzou!#Thailand #SouthKorea #Japan #China #UnitedKingdom #UnitedStates pic.twitter.com/9Nk7tnIuz6

Are pests wreaking havoc in your garden? See what Mizzou researchers are doing to combat Japanese beetles via @stltoday.#MizzouResearch #MondayMotivaton @Mizzou @cafnr https://t.co/8fnC4ntKOH

Dr. Michael Hosokawa of @mumedicine will be giving a free lecture TONIGHT 6:00-7:00 in Stotler Lounge at Memorial Union on @Mizzou
campus. Hosokawa, will share his experience in a Japanese-American internment camp during World War II. Q&A will follow. #MUAandS pic.twitter.com/jeGkg3tED7

The UMSL Japan-America Student Association has partnered with three Japanese universities to create virtual events where students can practice their language skills safely during the COVID-19 pandemic. https://t.co/qz8DDy0shu

Laura Miller's mission is to increase understanding about Japan. She took big steps toward that goal with the release of her book, “Diva Nation,” and an appointment as president of the Midwest Conference on Asian Affairs.@UMSL_ISP @msuasiansc #UMSLproud https://t.co/kZVSaIFrsg

Associate Professor of Sociology Chikako Usui’s recognition as the 2018 Connector of the Year comes after a decade of serving as president of the Japan America Society of St. Louis. https://t.co/nTim1Mxb3O

Congratulations to Chikako Usui, Associate Professor at @umsl and President of the Japan America Society of St. Louis for being recognized as 'Connector of the Year' by the Asian American Chamber of Commerce in St. Louis! https://t.co/I4S59a2PWQ pic.twitter.com/VRSFrGapHP

Want to work in Japan? Three @umsl alumnae share their reasons for applying to the @JETProgram and their excitement for being accepted to teach in Japan 2018-2019: https://t.co/nPjAPLkvUP pic.twitter.com/yVSjFpl95l

Did you know @Tokyo2020 is just a few months away? Come get excited Friday at our all-day conference on Japan's #SoftPower! Panelists include @latimes's @dylanohernandez; @BenHCarrington of @USC; @baosushan of @umsl and more. RSVP: https://t.co/13XsLWciCh#ascj #SportsDiplomacy pic.twitter.com/grSGH1qiJI

A big thanks to Natsuki and Momoko! The two @UMSL students recently gave a presentation about their awesome UMSL experience at the University of Nagano in Japan. #IChoseUMSL #UMSLglobal pic.twitter.com/Iyb8mIqYMN

@umslhistory has fascinating courses and helpful faculty ready to go for this fall! From Ancient Japan, to Democracy, Equality and Freedom, Public History, and African American Studies, Modern Africa, and Latinx Studies. Looking forward to welcoming you! https://t.co/cykBigOsnH

Japan Update Event sponsored by the BIIB is about to begin in the AB Auditorium pic.twitter.com/CfowKF8MGD

We have a great panel of experts speaking on Japan’s Vision in Asia pic.twitter.com/uuSiuaQhKO

Learn about Japan / US relations when former Ambassador of Japan Ken Shimanouchi visits the Cook School next Tuesday: http://t.co/JCrmut7Z8H

Today in 1945 Japan's surrender ended WWII. Did you know that 10% of the US Air Corps trained @ParksCollegeSLU? #SLU pic.twitter.com/lIUvADj2zz