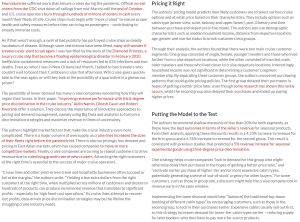 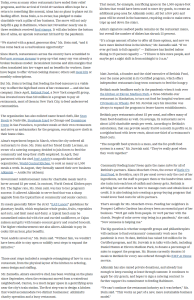 Professor Hammond's work "explores the relationship between Japanese imperialism and their efforts at attracting Chinese Muslims to their cause during World War II." #humanities #UARKresearch https://t.co/0dsAXMV2JE

Congrats to five @UArkansas alumni and one graduate student, including a few from @uarkfulbright, who were selected as assistant language teachers for the competitive 2019 Japan Exchange and Teaching program! https://t.co/58OG7lZRyd pic.twitter.com/HFIax7IwG4

DYK? Today 130 examinees are taking the Japanese Language and Proficiency Test at @UArkansas, including students from @UAFulbright Dept. of World Languages! Cheer them on and get the details: https://t.co/LsdPGh1uA5 #UARK

How cool! @UArkansas @UAFulbright @uarkart student and @UarkHonors fellow Olivia Fredricks studied Japanese papermaking and printmaking in Japan, and now her work will be on display in Gearhart Hall Oct. 1-5: https://t.co/NQOigTYwHt #UARK

Congratulations to the Fall 2018 Biomedical Engineering graduates!! From Nigeria, Japan, Panama, Texas and Arkansas!!Can’t wait to see all the wonderful things they are going to be doing in different parts of the world. #uarkbmeg @UarkBME @UofA_Engr @UArkansas pic.twitter.com/iQeNJO1dux

Distinguished Researcher From Japan to Lecture on Nanoindentation on September 4th. http://t.co/X1Nk9PUG

Join Arkansas Stories and @uarkfulbright on November 15-16 for Stories of Captivity and Resistance, exploring the experiences of Japanese Americans in internment camps, German and Italian POWs, and African Americans living under Jim Crow. https://t.co/8gPnJazavX pic.twitter.com/xw3SnGbMjJ

Last week, Fay Jones School students planted Japanese Maples after going through a "Forest Bathing" exercise at @GarvanGardens led by Lynn Warren from @ARStatePark. During the experience, Warren asked the group to actively engage with the environment using all their senses. #UARK pic.twitter.com/WpoEPickbC

If you haven't yet explored this website, dive in. Interactive maps, photos, visualizations – you will truly step back in time into this Japanese-American internment camp in Rower, Ark. Great collaboration by @ua_cast and @FayJonesSchool! https://t.co/4Ez489CJel https://t.co/M4hntOGTMc

Ikigai i- Japanese T- Translates roughly to a reason for being, encompassing joy, a sense of purpose and meaning and a feeling of well-being. The word derives from iki, meaning life and kai, meaning the realisation of hopes and expectations.@AGRITech_UARK @AginArk pic.twitter.com/n1mjqCDont

Today on the blog: the results of my Japanese Beetle experiment inspired by 5th grade science + a childhood spent near @UAEX_edu https://t.co/I7VFGfhjjK pic.twitter.com/wI94d470Qx

Five WaltonMBA current and former students met me. Two had served on the staff of US Senators, two were in Japan during the Tsunami (one leading American relief efforts), and together they had worked or served in 12 different countries. Wow. #WaltonMBAepic @MatthewAWaller pic.twitter.com/qeZ0tmkmII

Tune in on July 8th for a conversation with Kelly A. Hammond, Assistant Professor @UArkansas about her book, "China's Muslims and Japan's Empire: Centering Islam in World War II". https://t.co/qxXhKVHDaa

Congratulations to Professor Naoko Terauchi and her colleagues from @UArkansas, who have received an award for their translation of a pioneering 19th century study of Japanese music. https://t.co/EJ9pv4HxNm https://t.co/e37iqRe0AH

Getting together an activity for my students here at the @UArkansas in my Modern Japan course. I’ve got all the newsletters written in the #Rohwer Japanese internment camps. Students will spend class reading the newsletters, and then write their own. @GeorgeTakei pic.twitter.com/WhFomNsyvv

The federal government developed Chicot Farms in Arkansas as an experimental farming community, but the Japanese American led to the site being turned into the Jerome concentration camp. Now @UArkansas researchers are winning awards for their work.https://t.co/Wu5f43ymIE

At a time when many of her colleagues were silent, Charlotte Schexnayder was writing editorials opposing the Japanese American incarceration. RIP at 96 to this pioneering journalist and legislator. @BillClinton @ArkansasOnline @UArkansas https://t.co/tN6rpNqARc

The interpretive center for the Japanese American camps at Rohwer and Jerome is also developing online content while it's dealing with the COVID-19 virus. Check it out! @nwaonline @ArkansasOnline @UArkansas @ArkansasState @WWIImuseum https://t.co/1wyqmlrh1T

Arkansas has multiple heritage sites, including one where the Japanese American concentration camp at Rohwer used to stand. Congratulations to their new director. @ArkansasState @ArkCSS @UArkansas @ArkansasOnline https://t.co/eF8M28cEbq

In They Called Us Enemy, @GeorgeTakei shows the effect of the forced removal and incarceration of Japanese Americans that shattered a community and caused decades of multigenerational trauma. @JustinEisinger @topshelfcomix @UArkansas https://t.co/qHLqr1fKu6

I participated in the @UArkansas Japan Study Abroad Program in 2000. One of my best experiences as a student there. https://t.co/JD0HgDq6CG

I participated in the Japan Study Abroad Program in 2000. One of my best experiences as a @UArkansas student. https://t.co/ycp9HsrGVB

#tbt to the 2000 @UArkansas Japan Study Abroad Program. Spent part of it with a family that farmed rice. pic.twitter.com/Shku9apCTZ

Did you know that last year 1,000+ recent American college graduates, including a record number from @UArkansas, were accepted to the prestigious @JETProgram?

#UARK students & faculty leave today for Japan for our @uawaltoncollege faculty-led Int'l Business Seminar!
Former students said: "I probably would have never gone to Japan on my own, & this was a great way to learn about a completely different part of the world." #HogsAbroad pic.twitter.com/8zqkDBkN10

#TBT – Do you know who George Takei is beyond being an actor? He’s an author and activist, providing material and narration for exhibits and education programs about the internment of Japanese Americans during WWII. Discover his trek through life here: https://t.co/ujInje3GXG pic.twitter.com/p9g0f3iKlC

#TBT—A little bird told me this girl would grow up to do some spectacular things. June Freeman transformed the arts scene in Pine Bluff and played an integral role in the pairing of Iwai, Japan and Pine Bluff as sister cities.

“So I sort of got my wish that it would be a Japanese sister city, and that it would tie in in some way with Pine Bluff's effort to incorporate more industries of this sort." – June Freeman

#TBT—June Freeman, 2nd from the left, attended the singing of the sister city charter between Pine Bluff, Arkansas, and Iwai, Japan, in 1986. Freeman was instrumental in the linking of the two cities. Learn more bout her efforts here: https://t.co/B9aYl54II2 pic.twitter.com/5XkCiGaMty

Muranaka will be based in Torrance, Calif., as a Senior Consultant. https://t.co/EXIYxfP7G2

@ClintonSchool@RonRobinson@RelocationArkanss This a an awesome documentary about the Japanese US citizens & parents who were forced to move from their homes in California to several encampments aroud the US after Japan bombled Pearl Harbor.. 2 being in AR. Rohwer & Jerome AR. https://t.co/tfuNBmqKIy

Moving and inspiring discussion Friday after film "Relocation, Arkansas" on incarceration camps for Japanese Americans. Survivors and descendants were joined by @BillClinton. Many thanks to @ArPAPsych ARkansas Psychological Association and @ClintonSchool for their sponsorship. pic.twitter.com/cV7U3UquHf

What does an American look like? Artwork and reflections on the Japanese internment camps in Arkansas in WWII. "A Matter of Mind and Heart" opens TONIGHT, after our screening of "Relocation, Arkansas" at 3pm. @CALibrarySystem @ClintonSchool @2ndFridayArtNt pic.twitter.com/99ICls2HNH

ATU Japanese Students Association did a GREAT performance at the Central Arkansas Omatsuri Japanese Festival 2019! They will perform again on @ArkansasTech campus at “A Journey to 2 Nations” on Monday November 21, 6 pm, Young Ball Room. #IEW2019 pic.twitter.com/NFJeHWTdCy

Japanese students had a rare and valuable opportunity to learn from Dr. @AiHisano of Kyoto University in her presentation “Visualizing Taste” at @ArkansasTech’s Interdisciplinary Research Series! pic.twitter.com/W4H8qiR3vo

It’s always a joy to come home to my alma mater NIC International College in Japan. Today was even more special to meet Akiharu. He will be a freshman to major computer science at @ArkansasTech in fall. Aki is the first Japanese recipient of international excellence scholarship! pic.twitter.com/B2koMtLyzz

Campus Tour with Moka, Japanese Exchange Student at Pottsville HS. She got to meet Manami, the first artist in residence @ArkansasTech. She experienced @ATUimsso Holi Festival, too! Come back to be a Tech student! You will have more fun! pic.twitter.com/vE2hZI2GX2

A few pics from the day @Takarabune_info Japanese Dance Troupe was on @ArkansasTech campus! pic.twitter.com/0un1kzg8Fl

Thanks to donations to the #HSU Fund, students traveled to Japan on a study-tour. Give today & change Reddie lives: https://t.co/SzX1u21hS3 pic.twitter.com/Qs0sFtgrgt

Boys gathered around a radio at #HSU 74 yrs ago to listen to news about the Japanese attack on Pearl Harbor. #HSU125 pic.twitter.com/0eVyDxfn72

Aya Murata is the Japan Outreach Initiative Coordinator at @hendrixcollege. She visited @CMSSouth today and shared her Japanese culture with our students. Students even had a chance to learn this dance! pic.twitter.com/cXdKjD3dsM

#Japan’s premier prime ministers, growing up with #Godzilla, and the challenges for #highereducation – A conversation with @BillTsutsui, the Reischauer Distinguished Professor of Japanese Studies at @Harvard @hendrixcollege https://t.co/CHK06tESW6 @AbeShinzo

@hendrixcollege's own President & Professor, Dr. Bill Tsutsui is presenting a panel on #Japanese Popular Culture. He's a #Godzilla expert, btw. We can't wait to welcome him back to #SpaCon. pic.twitter.com/uB3V9T8hB5

How I Started a Japanese Language Course on My Host Campus, by Ryotaro I. at @hendrixcollege https://t.co/LY1rRunq7i pic.twitter.com/ZtOiyWQgrF

Hendrix has loaned Henry Sugimoto's painting "Arrival at Jerome" for the new exhibit, "A Matter of Mind and Heart: Portraits of Japanese American Identity" in The Butler Center Galleries at Library Square, on… https://t.co/XbrmSqGALz

President Tsutsui offers some perspective in this NY Times article on Japanese ghosts and monsters http://t.co/wuTcx5Qdyq

From Texas to Japan to Cabot. @Ouachita grad Jason Beams is new pastor @FellowshipAR Cabot! If you’re looking for a church, check them out! pic.twitter.com/ncqYtTTODh

@JohnBrownUniv student Willis Wright was in a B-17 squadron at Clark Field in Dec. 1941, ended up on Corregidor with his cousin Neil Peterson of the island's Coastal Artillery. https://t.co/QayYuawNNM

Chancellor to Meet with University Officials in Japan https://t.co/20GCuDakst pic.twitter.com/6sGt5RuhHv